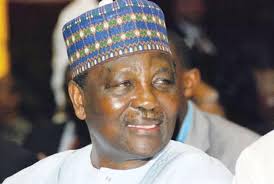 Former Military Head of State, General Yakubu Gowon (Retd) has expressed regret over the failure of successive Nigerian leaders to continue with the National Development Plan of 1975 – 1980.

Gowon spoke  at the public presentation of a book entitled: “General Domkat Yah Bali (GCON) As Ponzhi Tarok Designate, a Contextual Analysis of The Imbroglio.”

The book was presented by Prince Adewole Adebayo, Presidential aspirant on the platform of the Coalition of Nigerian political parties.

The former Head of State said the failure of successive governments to adhere to the beautiful work of the dedicated Nigerian military officers led by General Damkat Bali denied Nigeria the benefit of coordinated development for a great nation.

He maintained that Nigeria would have been a great nation, far better than it has attained if successful government in Nigeria had maintained the prescription of the development plan and stuck to it.

His words: “If only the development plan that we had at that time, 1975 – 1980. If it had continued, if they had carried it through, it would have made all the difference.”

Gowon said the level of loyalty to the state by officers at the time and commitment to service was one he owed greatly to his subordinates, Bali inclusive.

“All this achievement, we can say, I really owe it to General Bali and all those young officers in those days though, young as they were, they shouldered those responsibilities far, far above their age and experience.”

The guest speaker at the book presentation and former Minister of Sports, Solomon Dalung, said the General Bali allowed the public interest to override his personal interest on the matter Ponzhi Tarok, as he relinquished the title for public peace.

He noted that the 1975 Gazette had been followed by the state government at the time had began the process of selecting a Ponzhi Tarok but was reversed by another government in 2010 leading to the emergence of Leut. Gen. Domkat Yah Bali as the Ponzhi Designate breeding litigations that made him resign.

Presenter of the Book and Presidential aspirant, Prince Adewole Adebayo, said the book dwelt on the principles of truth and justice.

His words: “My job, which is to present this book to the public, but just note that the book we are presenting is not just the print and the paper, it is the principle behind the book that we are presenting. It is not rock story.

“It’s the human story, about the need for society to have honor and integrity. Sacrifice of personal interest for the good of the wider society, he said.