Judge advocates for inclusion of e-discovery in court rules 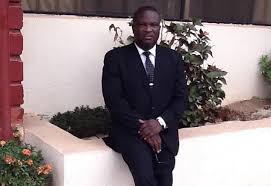 A Judge of the High Court of Kogi State, Justice Alaba Omolaye-Ajileye, has called on Heads of Courts in Nigeria to amend the rules of their courts to give room for the inclusion of electronic discovery (e-discovery).

Omolaye-Ajileye made the call in a paper delivered at a specialized training for prosecutors of environmental offences jointly organized by the Nigerian Institute of Advanced Legal Studies (NIALS) and the National Environmental Standards and Regulations Enforcement Agency (NESREA).

In his paper captioned: “Digital Evidence and E-Discovery in Prosecuting Environmental Cases”, Justice Omolaye-Ajileye stressed the importance of electronic discovery in litigations involving electronically-stored information (ESI) in this current age in facilitating effective administration of justice.

He noted that “In this digital age characterized by the proliferation of digital devices which have facilitated the creation, storage, and communication of electronic information of all kinds, electronic discovery has become an essential and inevitable fabric of the litigation processes around the world.”

According to the jurist, the emerging dominance of the information technology landscape will make the discovery of electronically-stored information (ESI) an increasingly-important tool to attain the truth in cases in our courts.

He added that with e-discovery, litigants can retrieve information from a wide range of electronic sources, including, but not limited, to social media accounts, messages, emails, documents or any other valuable data.

He lamented that only the National Industrial Court has provisions guiding e-discovery in the court’s civil procedure rules while what other courts have are provisions for the inspection and discovery of hardcopy documents, which he said falls short of the requirements of e-discovery.

Justice Omolaye-Ajileye considered this a great gap that demands urgent attention because, according to him, the “primary duty of the judex, through its rules, is to provide an enabling environment that will facilitate and enhance the attainment of justice.”

Speaking on the forthcoming general election, he added that the call for the incorporation of e-discovery in court rules has become more relevant and inevitable as we approach an election where, hopefully, the enabling law would provide for electronic storage and transmission of election results from polling units to collation centres.

He explained that just in the same way the extant rules of election petition tribunals provide for the inspection of election materials such as ballot papers and result sheets of the Independent National Electoral Commission (INEC), attention will surely be focused on how to access and retrieve electronically stored results transmitted by INEC to establish or test the veracity or otherwise of the results that may be announced, a process which litigants are entitled to access.

He, therefore, called on the appropriate authorities such as INEC, Federal High Court, and the Court of Appeal to begin to give careful and serious thought to issues of e-discovery as they may dominate electoral litigations in the forthcoming election.