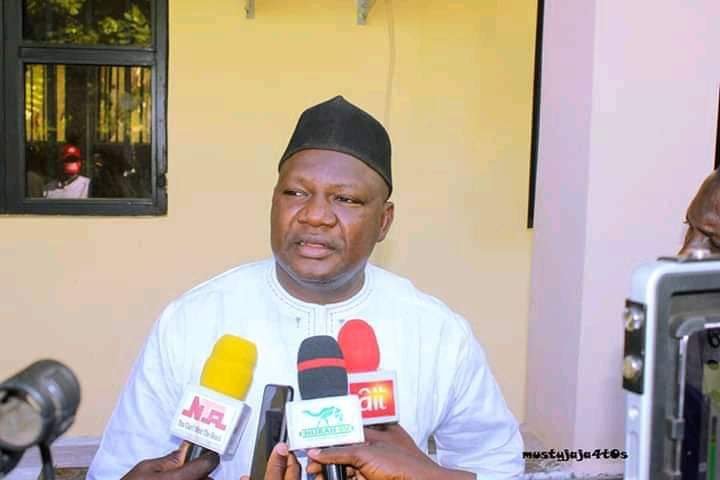 The Chairman Nigeria Labour Congress (NLC), In Niger State, Comrade Yakub Garba has dissociated himself from those calling on him to contest for Niger east senatorial seat in 2023.
Some group of individuals in the last two weeks have bombarded the social media with calls on the state NLC chairman to contest for the Senate seat currently being occupied by senator Mohammed Sani Musa.
Senator Musa is also aspiring for the position of the National Chairman of the All Progressive Congress (APC), in the forthcoming national Convention of the party.
But in a swift reaction the state labour leader explained that he has never indicated interest to contest for any political position adding that he will never for any reason go into contesting for the seat with the incumbent who he described as an achiever.
In an interview with Nationalupdate in Minna, Comrade Garba disclosed that those calling on him to contest for the Seat against the incubent senator are doing it for a reason best known to them.

He said he is contented with his present position as a labour leader in Niger State.
According to the NLC chairman, senator Musa has not disappointed his people as a Senator adding that so far he has been impacting positively on his constituents of Niger east senatorial district with laudable dividends of democracy, that has directly impacted on the good people of his senatorial zone.
“For me to contest against him or for some group of people out there to go to social media to be calling on me to contest with my own brother Senator Sani 313, I think they are just doing that on their own.
“I’m not part of the social media posts and I am not thinking of going for any political office for now. I’m contented with my present office as the number one labour leader in Nige state.
“So, that is my candid position for now” he declared.
Speaking further, Comrade Garba, stated that apart from his position as NLC chairman in Niger State, he is also the sitting chairman of Health Workers Union Of Nigeria (HWUN), in Niger State, stressing that holding these two positions in the state and yet aspiring for the senatorial seat against the person that has his people dearly at heart
will amount to being ungrateful to God.

“Senator Musa is so passionate about his people of Niger east senatorial district.
He commended them for their interest and their love for him in seeing that leadership quality in him.
He however, admonished them to continue to pray for senator Mohammed Sani Musa to succeed in his present position as senator, noting that with his track record in the upper chamber in the National Assembly he has not failed in his representation of his people.
He urged them to give him all the needed support for him to accomplish his mission.
While appealing to them to always throw their support behind senator Musa to give them quality representation at the National Assembly, Comrade Garba warned those behind the social media falsehood to desist from any act that will distract him from the good things he has been doing towards improving the wellbeings of his people in the last three years.
He charged them to guide against any act that will be inimical to political instability in the 2023 general election adding that they should not allow themselves to be used as agents of polical acrimony ahead of the 2023 general election by disgruntled politicans in the state.