PDP will not compromise credible, popular candidate in 2023 says Lamido 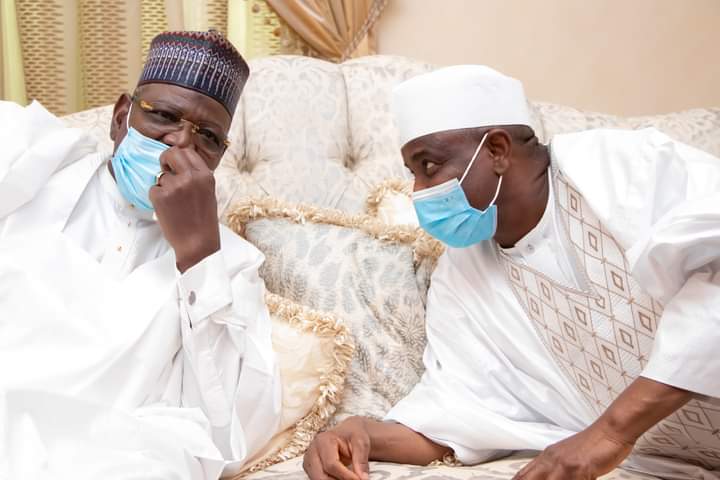 Former governor of Jigawa state, Alhaji Sule Lamido has indicated that the Peoples Democratic Party (PDP) in 2023 would produce it’s presidential candidate based on credibility and popularity not regional or ethnic considerations.

Lamido made the disclosure while receiving the PDP presidential aspirant and Sokoto state governor, Rt, honourable Aminu Waziri Tambuwal at his residence in his country home at Bamaina, Birninkudu local government area of the state.
He noted that the party is looking for a credible leader who can win election and be generally acceptable.

Lamido explained that PDP is looking forward to producing a candidate that can bring unity among Nigerians as well as national economic transformation through human and capital development when voted in to power.

He urged politicians to discourage sectional or regional politics with a view to avoiding incompetent leadership.
“It is painful and disturbing for any reasonable and patriotic Nigerian who is concerned with the country’s unity and progress to advocate for tribal politics laced with religious or regional undertones for producing the next Nigerian leader.

He said “No body will zone any position to any part of the country for selfish reasons, it is undemocratic, unacceptable and we will not allow it to happen”.

Lamido explained further saying “We fought to return the country to democracy. and we decided to give Presidential ticket to a Yuroba man in 1999 just to calm the frayed nerves of those offended from the Southwest then”.

The Sokoto state Governor said, “The country is presently in a horrible situation that needs a competent leader to restore normalcy in 2023”.
Tambuwal explained that “Nigeria needs urgent attention from concerned people to intervene through the ballot in the positive change that PDP will bequeath to Nigerians “.

“We are in Jigawa and Bamaina not for campaign, but to have a consultation with my father, the former Governor, Alhaji Sule Lamido. I need his fatherly support for my Presidential ambition when the time comes”, he stressed.