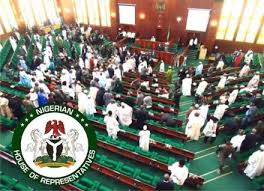 Members of the House of Representatives on Wednesday expressed grave concerns over the spate of kidnapping and other criminal activities associated with border communities in Akunnu Akoko in Ondo State.

In the bid to ensure safety of lives and property in the affected area, the House called on the Inspector General of Police, Usman Baba to establish a Divisional Police Station in Akunnu Akoko in Akoko North-East Local Government.

The resolution was passed sequel to the adoption of a motion sponsored by Chairman, House Committee on Niger Delta Affairs, Hon. Olubunmi Tunji-Ojo.

In his lead debate, Hon. Tunji-Ojo, member representing Akoko North East/Akoko North West Federal Constituency of Ondo State, expressed regrets over the prevailing insecurity which compelled the members of the affected community to resort to self-help by encouraging the youths to go after the kidnappers in the forests with bare hands due to inadequate security personnel in the area.

He said: “The House notes that there is only one Police Divisional Station in Akoko North-East under which Akunnu Akoko is located.

“The House also notes that the distance from Oke Igbede in Ikare to Akunnu, where the Divisional Police station is located is very far, making proper coordination of policing in the area ineffective.

“The House is concerned that Akunnu is bedeviled with incidences of kidnappings and other criminal activities associated with border communities.

“The House is worried that the community has resorted to self-help by encouraging the youths to go after the kidnappers in the forests with bare hands due to inadequate security personnel in the area.

To this end, the House mandated its Committee on Police Affairs to ensure compliance.