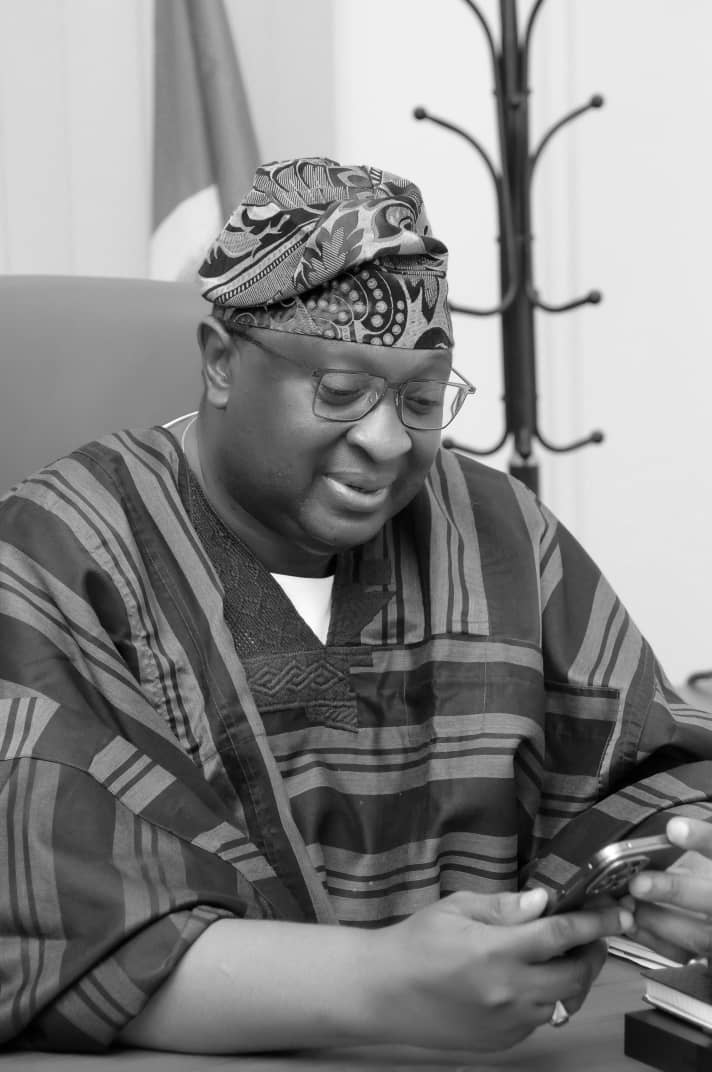 Some Senators in the 9th Nigerian Senate are making great and outstanding marks. They are leaving indelible legislative imprints. Some of them are continuously and genuinely using legislative instruments such as Bills to reverse the socio-economic problems and challenges in their Senatorial Districts.

One of the upwardly mobile Senators championing the good causes for their people is a first-time Senator representing Ogun West Senatorial District, Sen. Tolu Odebiyi.

Interestingly and sadly, Nigeria has been serially let down by leaders who do not work for the common good of their people. They lack the prowess to do so.

Sen. Tolu Odebiyi like some of his colleagues who have stretched their best foot forward, working round the clock to sincerely leave a great legacy and striving to better the lots and fortunes of their people.

He believes that one of the ways to improve the well-being of his Constituents is to be deliberate about using legislative instruments to develop and economically empower his District.

Understanding the challenges Nigerians are facing due to lack of proper border management and control, drafted a novel Bill to reverse the ugly trend.

The Bill to establish the National Institute for Border Studies in Imeko, Ogun State to provide for teaching, research, instruction and training of students in border management and control will strengthen the capacity, unlock the skills and potentials of the Nigerians who will like to study and work in the institute. The Institute, once established will be the first of its kind in Africa.

On the 25th of January, 2022, the Bill received the blessings of all the members of the National Assembly after going through the whole hog of legislative scrutiny with its 3rd reading passage at the House of Representatives where it was sent to for concurrence by the Senate in 2021. The Bill now awaits Presidential Assent. A feat never achieved by a first timer in the history of Ogun West Senatorial District, a District that shares international border with neighbouring Republic of Benin.

Sen. Odebiyi who have an eye on his legacy, knows that the only way to do things properly for his people, is to continue to press on without relenting.
This is why his people have great admiration for him.

It has been said that if a leader has his/her legacy in mind, he will consistently be driven by a serious sense of purpose. That is why Sen. Odebiyi’s amazing legislative interventions are not only inspiring but also commendable.

His eyes are set on the higher goals of leading his Senatorial District to the path of greatness and progress.

While carrying the hopes and expectations of thousands of people in Ogun West, as well as using legislative Bills to quicken development process in his Constituency, Sen. Odebiyi has sponsored no fewer than 13 impactful Bills in various stages of legislation and also contributed meaningfully at plenary.

Sen. Tolu Odebiyi has created an empowerment structure that is replicated in all the five Local Government Areas that make up Ogun West Senatorial District. Nigeria needs great minds who are futuristic and working for the common good of their people in the mode of Senator Tolu Odebiyi and others in the Red Chamber.