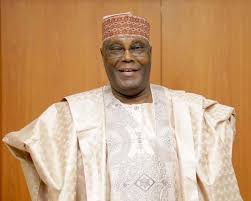 A pro-democracy group on the aiges of Support Group Atiku U.S.A has asked former Vice President Atiku Abubakar to formally declare his presidential ambition in order to to save Nigerian democracy and unity from further threats.

In a letter dated March 17th 2022, a copy released to newsmen Saturday in Abuja, signed by the Chairman of the organisation, Timothy. A. Sule and Director PR, Prince Anozie Ugenyi, among others, said Abubakar has the most impressive and formidable credentials than anyone else seeking to take over from incumbent President Muhammadu Buhari in 2023.

The statement said Atiku Abubakar has an excellent track record of assembling a brilliant team of the best and brightest to generate ideas for how to move Nigeria forward, adding that “the presidency is a serious business that requires the experience and competence of a man like Atiku Abubakar.

“We are supporting Atiku Abubakar because of his formidable track record as a former Vice President of Nigeria with more name recognition and national appeal than his political rivals.

“Suffice to say that we cannot afford to be indifferent to the affairs in Nigeria because our future cannot be isolated from the future of our country. We are worried about the heavy debts, especially Chinese loans that are hanging on Nigeria’s neck like an albatross.”

“Since the coming of APC into power, things are getting rapidly worse day after day because the government has run out of ideas of how to grow the economy and attract foreign investors and much-needed jobs.

“Sadly, on a daily basis hundreds of Nigerian professionals, including medical doctors, leave the country out of despair and not because they don’t love their own country.

“We in the Diaspora are watching with consternation how the country is going to the dogs as the economy plummets and unemployment and insecurity get worse. In fact even access to basic food products is almost impossible for the majority of Nigerians. If the happiness of the greatest number of the citizens is the purpose of the government, then can we say in all sincerity that this government has met the aspirations of Nigerians?

“It is befuddling that waiting for good luck seems to be the mindset of the APC administration. But this cannot be a strategy. This mindset stems from the fact that this administration was not adequately prepared for the task of governance from the beginning.

“Even if we are not going to participate in the election following the failure of the constitution amendment that would have granted Diaspora Nigerians voting rights, we are stakeholders in the affairs of Nigeria because we want to see our country ranked among the best performing democracies in the developing world.”