Activist describes ban on charcoal in Kogi as misplacement of priority 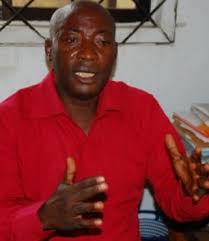 Executive Director of Conscience for human rights and conflict Resolution, Idris miliki Abdul has Described the banned of charcoal in Kogi State, by the commissioner of Environment, as an after thought and misplacement of priority.

The media reports in the last few days suggest that those who came up with that reactionary pronouncement are not in tune with the reality of the situation on ground.
The Kogi State government had banned the production of charcoal across the 21 local government areas of the state.

The Commissioner for Environment, Mr. Victor Omofaiye, disclosed this in a statement on Saturday.

He said that charcoal production in Kogi was illegal and highly prohibited.

He said that any person or group of persons caught producing or in possession of the fuel would be arrested and prosecuted in court.

“Any vehicle caught carrying charcoal shall be impounded by the Kogi State Government,” he said.

In recent years the sale of charcoal had become a lucrative business in Kogi due to its high demand as a result of the high cost of domestic cooking gas and kerosene.
However, Miliki querried,
“In the first instance is the production of charcoal going on in kogi state? Are we in a military regime in Kogi state?
He pointed out that there are numerous environmental challenges facing the state, that are yet to be attended to by the ministry of environment.

“Where was the stake holders meeting that agree on that draconian policy? Was it ever discoursed at the state executive council meeting and when?
“How can someone wake up from the wrong side of the bed to say no one can transport charcoal across the 21, local government of the State.

“We call on the state governor to talk to his appointees to consult widely before making policies that do have any meaningful impact and unsustainable on the people.
“If the people can produce charcoal, why can’t they buy and bring to the state for their usage, if any one travel to the federal capital territory, charcoal is every where.
“We call on the commissioner and the ministry of environment to reason and rescind the unpopular policy of ban in the production, transportation, usage of charcoal in the state, in the interest of the people, peace and the economic realities in Nigeria and Kogi state.
“A government that is paying percentage salaries can not sustain such unpopular and reactionary policy.”