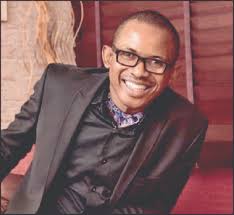 ***says court will declare it illegal, if challenged

A former National Secretary of the Labour Party, Dr. Kayode Ajulo has warned the leadership of the All Progressives Congress against adopting the consensus system of electing the National Working Committee of the party.

He said doing so would amount to gross illegality which any of the aspirants being denied of their rights would successfully challenge in Court.

Ajulo. In a statement made available to our correspondent in Abuja, argued that the Electoral Act did not make provision for consensus system of electing the NWC members of any political party.

He therefore warned the APC against carrying out an exercise that a court would later declare as a nullity.

Part of his statement read, “It is no more news that the National Convention of the All Progressives Congress has been slated for (today) Saturday, the 26th of March, 2022.

” In a twist of event, the APC governors and President Muhammadu Buhari, exercising their right of choice have resolved to pick one the candidate as the Party’s Consensus Candidate for the position of the National Chairman of the Party at the upcoming National Convention.

“Similarly, they also resolved to pick consensus candidates for other positions in the National Working Committee (NWC) of the Party.

“The Chairman of the Interim Caretaker and Extraordinary Convention Planning Committee (CECPC), Gov. Mala Buni has also said that the Party will bow to the decision of Mr. President and the APC governors with respect to the mode of selection of the members of the National Working Committee (NWC) of the Party.

“As a passionate and interested observer, it is therefore imperative to beam a searchlight on the relevant provisions of the Electoral Act, 2022 viz-a-viz the consensus option of the All Progressives Congress.

“ The election of members of the executive committee or other governing body of a political party, including the election to fill a vacant position in any of the aforesaid bodies, shall be conducted democratically and allowing for all members of the party or duly elected
delegates to vote in support of a candidate of their choice”.

“A literal interpretation of the above provision which is devoid of any ambiguity, clearly conotes that the only mode of election of members of the executive committee or governing body of a political party shall either be by direct or indirect election.

“It therefore implies that the Electoral Act, 2022 has expressly abrogated “consensus” mode of election of members of the executive committee or other governing body of a political party.

“Moreso, the position of law is clear to the effect that the provisions of the Constitution or a Statute should not be interpreted in isolation but rather along with other related and relevant provisions thereof which assist in achieving the object intended by the framers.

“To drive the point home, it is therefore apposite to draw inference from other provision of the Electoral Act, 2022 in order to arrive at a holistic conclusion.

“Section 84(2) of the Act provides that: “ the procedure for the nomination of candidates by political parties for the various elective positions shall be by direct, indirect primaries or consensus”.

“Section 84(9) of the Act further provides that: “A political party that adopts a consensus candidate shall secure the written consent of all cleared aspirants for the position, indicating their voluntary withdrawal from the race and their endorsement of the consensus candidate.

” It suffices to note that even though the provisions of Section 84(2) and 84(9) of the Electoral Act specifically deal with conduct of party primaries, however one point that is very clear is that if the drafters of the Act would have permitted consensus mode of election of members of the executive or other governing bodies of a political party, they would have expressly stated so.

“Hence, it is safe to conclude that the Drafters of the Electoral Act, 2022 never intend that consensus mode shall be applied in the election of members of executive or other governing body of a political party.

“With the above revelation in mind and considering the status of the All Progressives Congress as the ruling party in Africa’s largest population and economy, it is therefore important to advise decision-makers of the party to be wary and must recognize the harm that would be occasioned if the members of the Executive of the party are elected by consensus mode.

“To the foregoing point, this reality, thus throws up the likelihood that the very foundation of the leadership structure of the party, if the consensus mode of election is used at the National Convention of the APC on 26th March, 2022, can be challenged by appropriate party members, with potential disastrous consequences for the party at the general election.

“One can readily recall the hint of the Supreme Court in Jegede v. Akeredolu & Ors( SC/CV/448/2021) on the shaky leadership structure of the All Progressives Congress led by Gov. Mala Buni.

“Hence, in order to nip another looming inglorious kismet in the bud, it is thereby admonished that the party should immediately resort to direct or indirect mode of electing members of the Executive or other Governing body of the Party at the National Convention.