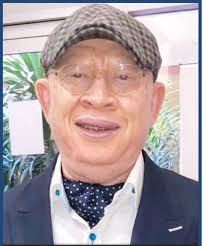 **Says Govt has done a lot to treat victims with records

Founder of The Albino Foundation, (TAF), Mr. Jake Epelle, has countered some fake news that Government has not done anything to assist skin cancer victims
He said the Ministry of Finance, National Hospital and other designated agencies involved in the due diligence for the treatment of Skin Cancer patients from the Foundation have corroborative records of patients treated for the disease.

Epelle spoke at a press conference in Abuja on Thursday to dispelled allegations of undue benefits that have accrued to his foundation brought against him by rival organizations, The Disability Inclusion Centre (DIC) and The Albino Network Association in Nigeria (TANA).

He said the scheme which was the outcome of advocacy for the rights of Persons with Albinism was financed without any direct benefit to the Foundation except its role for validation of individuals who sought the appointment.

His words: “This scheme was funded by the government through disbursement of funds by the Federal Ministry of Finance to the six (6) designated hospitals in Nigeria’s geopolitical zones (especially the National Hospital, Abuja).
“No part of this arrangement involved any kind of financial benefit to TAF as an organisation.
“TAF did not at any point receive funds before, during or after the scheme. Our role however, was to recommend PWAs who were in need of treatment or check-up to the designated hospitals.
“These recommendations were documented and although we lost some documents when we changed office in 2020, we have archived most of them in the folders which are here in this Conference Room.

“These facts are verifiable and can be corroborated by the National Hospital, Abuja, the Federal Ministry of Finance, and other designated hospitals.

“May I add that we played this role at zero cost to PWAs. We like to again register our gratitude to the government and the designated hospitals for this initiative through which the lives of several PWAs were preserved, Epelle Stated.

He also noted that, Albino Foundation has in the past mobilized for the treatment of PWAs within and outside Nigeria, worth millions of dollars.

At the same time the body had called on the “FG to direct all funds meant for people living with disabilities to the ‘National Commission for Persons with Disabilities’ rather than granting general funds or grants to Non-Governmental Organisations (NGOs) like the Albino Foundation.