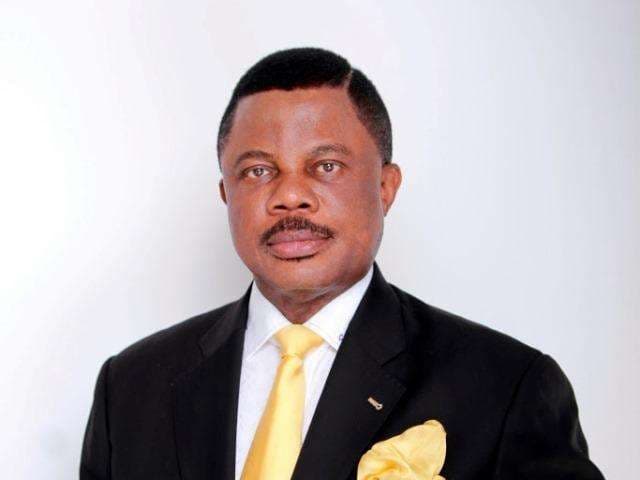 Former governor of Anambra State breathe the air of freedom on Wednesday evening after the Economic and Financial Crimes Commission (EFCC) granted him
an administrative bail.
It was gathered that Obiano’s passport was seized by the anti-graft agency as part of his bail conditions.
Obiani was nabbed on Thursday at about 8:30pm by the anti-graft agency at Murtala Muhammed International Airport, Lagos, hours after he left office and handed over to the new Governor, Prof. Charles Soludo.
His reported escape to the United States of America was truncated when he was apprehended.
He was subsequently transferred to the headquarters of the commission, where he was quizzed for days over alleged mismanagement of N5 billion Sure-P money, N37 billion security vote, withdrawn in cash, as well as some inflated contracts.