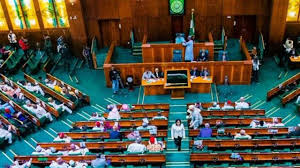 ***NNPC assures of Availability of Product

The Nigeria Civil Aviation Authority may be forced to shut down the nation’s airspace to ensure safety of Nigerian travellers unless something urgently is done to address the current situation in the industry, the Director General of the agency, Captain Musa Nuhu on told the House of Representatives

There a sudden hike in the prices of aviation fuel to the current price of N670 per litre from its usual price of N190 and the non availability of the product.

But Executive Director, Distribution Systems, Storage and Retailing Infrastructure of the
Nigeria Midstream and Downstream Regulatory Authority, Ogbogu Ukoha insisted that there was enough jet A1 in the country to last for 34 days.

Speaking at a meeting between the Leadership of the House led by Deputy Speaker, Rep. Ahmed Idris Wase over the current scarcity of jet A1, the NCAA boss who expressed surprise at the sudden increase in Jet A1 said the safety of passengers is s key to his mandate, pointing out that with the way things are going currently, he may be forced to shut down some airline and by extension, the airspace to ensure safety.

He said “I don’t want to appear before any committee either here in the House or in the Senate to explain what happened to airline ABCD. So, we must do something fast to address this situation so that things will not get out of hand.”

He said that currently, flights are being delayed or cancelled as a result of supposed scarcity of aviation fuel and the sudden increase in prices which he said has been happening on a daily basis.

He said as a result of the increase in the cost of operation of the airlines, they might be forced to shut down their operation, an action which he said will have adverse effect on the economy of the country.

But the NMDPRA Executive Director who said the role of the agency was to regulate the industry and issue licenses to importers of the product said from his records, there was enough aviation fuel to last the country for 34 days.

Ukoha explained further that aviation fuel was one of the petroleum products that has been fully deregulated and is therefore controlled by market forces, adding that the Authority has issued licenses to about 28 companies to import the product into the country.

But his explanation did not go down well with the Deputy Speaker, members of the House present at the meeting as well as the airline operators.

Wase questioned why there should be scarcity of the product if there was enough supply to last for 34 days
He concluded that there must be a cartel working so hard to sabotage the efforts of the government.

He said “this is a political era and elections are coming. We do not want anybody to sabotage the efforts that the government has put into revamping the economy so far because aviation is very important to the economy”.

Chairman of Air Peace, Allen Onyeama who spoke on behalf of the Airline Operators said they have held back from shutting down the industry because of the impact it will have on the nation and it’s economy.

He said “it is because of this statement that you made now about being in politics era that we have not shut down. We do not want anybody to use us to blackmail the government who has done so much for the industry.

“Our DG has said it succinctly that safety is of concern in this industry.
“He also spoke about the cost of operation and let me say that fuel takes about 30 percent across the world, but in Nigeria, fuel takes about 70 percent of our operation.

“What happened in the last two weeks is alarming. From a price of N190 per litre two weeks ago, the price is now N670 as at today and we don’t know what it is going to be later. The government has done so much for us in this industry with the President granting us waivers.

“We held a meeting and decided to shut down our operations because of the cost of operation. We are owing so much money and we don’t want AMCON to come after us. But we decided not to because we know the impact it will have on the economy.

“We cannot survive like this for another three days. We had to reduce our operations to 30 percent because the product is not even available. So, I am surprised that the Executive Director said they have supplies to last 34 days.

“We are making so much sacrifice here. I am evacuating Nigerians from Poland and I had to pay three times the usual amount and I am not asking for a refund. So, something need to be done and done fast”.

Chairman of Skyjet Aviation, Kashim Bukar Shettima gave an indication of the existence of a black market ring operating within the industry when he said that while none of the known fuel marketers agree to have the product in stock, there were companies which are not known that are selling the product.

Rep SADA Soli said from all indications, there was an emerging cartel in the industry that is responsible for the current scarcity, while also blaming those saddled with the responsibility for not living up to their responsibility.

He said marketers were using the current war between Russia and Ukraine to exploit airline operators believing that there might be a possible increase in the price of the product.

Chairman of the House Committee on Aviation, Rep. Nnolim Nnaji also alleged that there now exist a cartel in the industry who are using psudo companies to sell the product because of the realization that they can not directly increase the price

House Leader, Alhassan Ado Doguwa said what is happening in the industry is a clear sign that the Petroleum Industry Act was not working as it should, asking the operators of the law to make it work.

He said there was fire on the mountain and every thing possible must be done to ensure that Nigerians get the desired benefits from the PIA.

Deputy House Leader, Rep Peter Akpatason said the NMDPRA must bring to book all those who are involved in hording of the product and subjecting airline operators and Nigerians to severe hardship.

In his intervention, Group Managing Director of the NNPC Limited, Mele Kyari assured that they will do everything possible to address the issue of supply of jet A1, while also collaborating the statement that there was enough supply of the product in the country.

He said “I can confirm that there is enough supply. Yes, it might be in the wrong hands or in the wrong places. We are going to do everything we can to address the situation.

“However, regarding the request by the Airline operators to bring down the price to N200, let me say that will not be possible. It is not possible because the landing cost of jet A1 now is N480 per litre. Except if we are going to subsidise it, the price cannot come down to N200”.

Marketers of the product were not present at the meeting necessitating an adjournment to Monday to enable them attend the meeting, while the NMDPRA is to provide details of all companies licensed to import the product into the country.

The meeting however resolved that the NCAA should take steps to regulate those who sells the product within the nation’s airports before adulterated jet A1 find its way into the airports, thereby creating issues of safety for airlines.