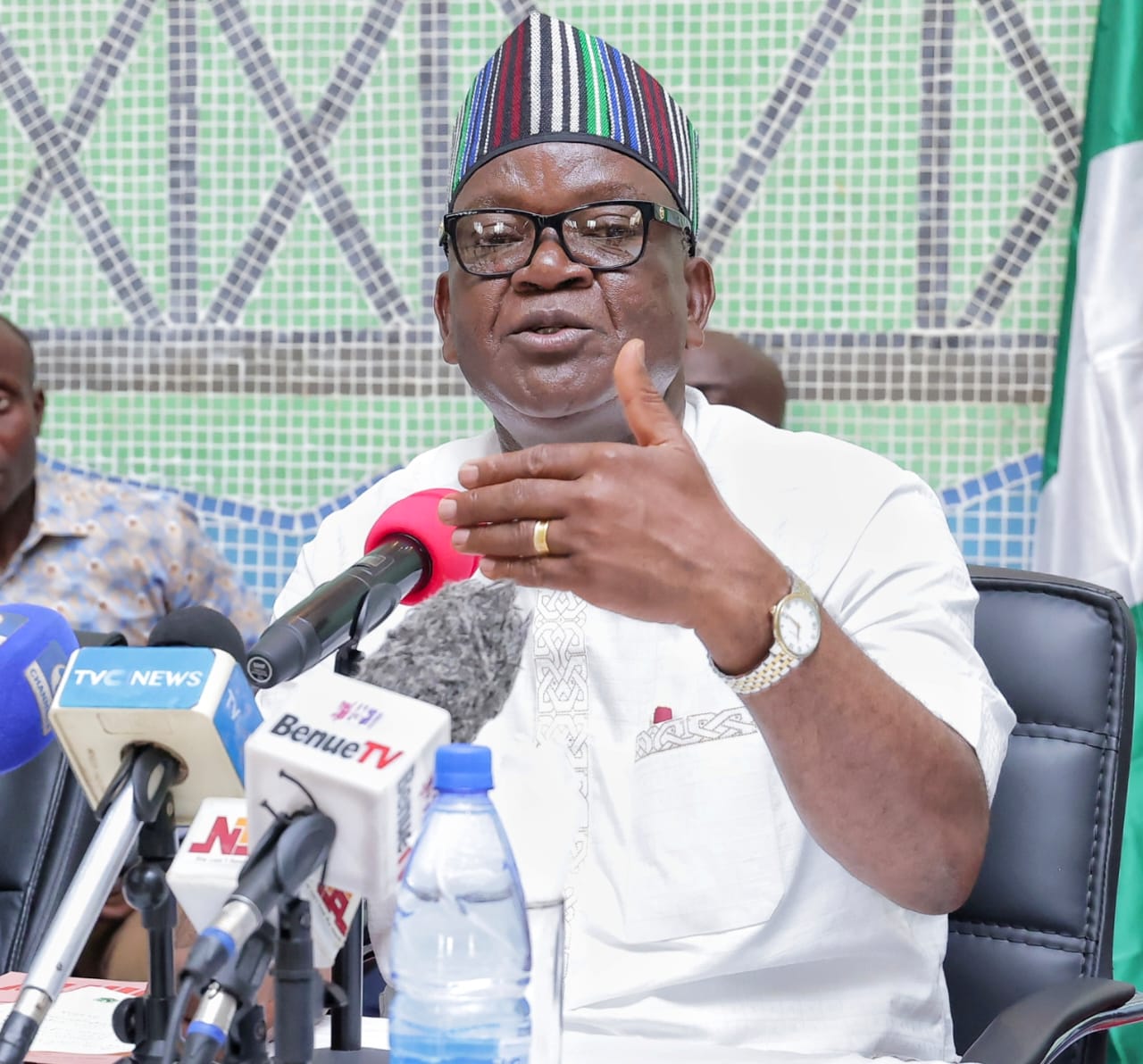 In his bid to fish out criminal elements and their collaborators to stamp out insecurity in the state, Governor Samuel Ortom of Benue State has sought for greater synergy between government and security agencies
The Governor made the call in his opening remarks at the State Security Council meeting held at the New Banquet Hall of the Benue Peoples House Makurdi on Monday.
In his words,
“I appreciate the security agencies, the police, the army, the Civil Defence and the Department of Security Services, DSS. They have given us backing to apprehend those who trespass on the Open Grazing Prohibition and Ranches Establishment Law. They have been doing very well.
“But I seek for greater synergy among the security agencies and support to fish out some of those criminal elements that are creating problem.

He said that reports reaching him indicated that some persons have been collecting money from herdsmen and “supposedly giving them permission to come and graze even right in Makurdi town. I don’t understand. So I seek for greater synergy that we have to work together to respect the law.”

According to him, “we must work together as a Government to surmount this challenge. No body should be spared.
“If individuals, those in government, traditional rulers and security agents are found to be complicit to the challenge that we have today with herdsmen we must work together to expose them. It will serve as deterrence to others,”

On the crisis in Ikpayongo, in Gwer East local government area, a settlement on the outskirts of Makurdi the state capital, the governor lamented how the people have refused to stick to the peace agreement they had earlier signed.

He said even after the state government had initiated “several meetings to resolve the matter, as I talk to you, there are still issues, burning of houses, killings and destructions. It is something we all have to address here today,” the Governor stated.

The Governor was also furious with the upsurge in the vandalisation of railway tracks by criminals in the state who he alleged to sometimes get cover from some unscrupulous elements in the security agencies.

He then charged the security council members to get to the root of the issues outlined for discussion for improved security in the state.

Governor Ortom commended the security agencies for their unrelenting efforts that had led to relative peace in the state and encouraged them to sustain the tempo in order the ensure a more secured state.