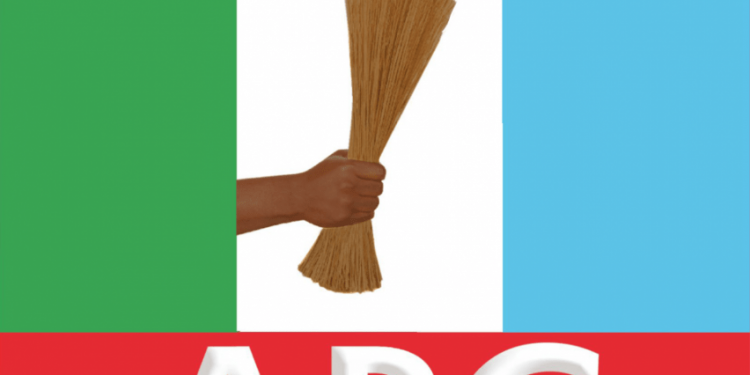 A registered group of the ruling All Progressives Congress (APC) under the aegis of APC Concerned Forum (APCCF) has demanded for immediate arrest of the 10 members of the Caretaker Extraordinary Convention Planning Committee (CECPC) over purported sack of its National Secretary Senator John James Akpanudoedehe.

The forum specifically warned the 10 CECPC members against flouting the directive of President Muhammadu Buhari asking for status quo ante regarding the leadership crisis in the party.

But in a statement signed by the national convener of group, Comrade Okpokwu Ogenyi, said all members of the Caretaker Committee were appointed by the National Executive Committee (NEC) to oversee the affairs of the party pending it’s National Convention, adding that the said 10 CECPC members lack constitutional power to sack Senator Akpanudoedehe.

“It is now clear that after the failed coup to dethrone the Chairman and Secretary of the Caretaker Extraordinary Convention Planning Committee, the sponsors have come back in the name of Vote of No Confidence just to detract the party and delay the planned March 26th National Convention.

“We want members of the Caretaker Committee to know that President Muhammadu Buhari is the national leader of the APC whose integrity has kept the party till date, we shall not tolerate any fragrant disobedience to Mr. President by trying to cause another crisis in the Party.

“We therefore call on the Director General of the Department of State Service (DSS) and the Inspector General of Police (IGP) to immediately arrest and interrogate the problem makers in the committee who purportedly signed the so call Vote of No Confidence letter which is an abuse of office to enable the party have a crisis free convention.”