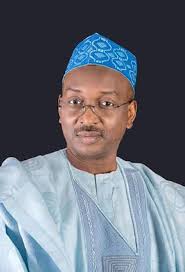 Former Director General of the Progressive Governors Forum (PGF) and a chieftain of the ruling All Progressives Congress (APC) Salihu Moh Lukman, has called for a painstaking background checks on all the aspiring candidates contesting at the forthcoming national convention.

This is as the former PGF boss attacked governor Mai Mala Buni of Yobe state and his counterpart in Kogi state, Yahaya Bello, saying both governors should not be examples of what should emerge as leaders in the forthcoming national convention and as candidates in 2023.

On governor Buni, the statement said: “How the party treat allegations of corruption against the leadership of His Excellency Mai Mala will substantially determine the nature of new leaders to emerge. Many of the allegations against His Excellency Mai Mala are already public knowledge in the media. From Anambra to Ekiti and Osun primary, there are allegations against about extorting money from aspiring party leaders for Governorship.

“We must appeal to all APC leaders, especially Governors, to recognise that the weight of political responsibility of producing new leaders for the APC is in fact a very strong test of whether the party can continue to justifiably earn the confidence of Nigerians.

“Once party leaders make the mistake of producing Bureau De Change managers as APC leaders during the March 26, 2022 National Convention, the probability will be very high that there will be many bad eggs emerging as standard bearers of the party for the 2023 elections. Already PDP leaders have dug their political grave when for instance they elected people who shared $2.1 billion meant for arms procurement to fight insecurity as National leaders of the PDP.”

On governor Yahaya Bello, Lukman said: “Beyond the new APC leaders to emerge from the March 26 National Convention, how is the APC going to take steps to block bad leaders such as His Excellency Yahaya Bello from emerging as standard bearers of the party for 2023 elections. The case of His Excellency Yahaya Bello requires some bold decisions by the APC as a party, which should include acknowledging that his actions as Kogi Governor contradicts the commitment of the party for good governance as represented by the provisions of the APC constitution and manifesto.”

According to Lukman, opposition PDP leaders continue to arrogantly and contemptuously ignore this foundational reality of public trust in politics. This is among many other factors why the PDP is still very unpopular among Nigerians. APC must fundamentally take every step necessary to produce new orientation for political leadership recruitment in the country as we approach the 2023 elections.

He said: “As much as possible, situations whereby good leaders only emerge ‘accidentally’ must begin to be reversed in Nigeria based on carefully planned initiatives under the APC. As part of the process of planning for the emergence of trustworthy leaders’ issues of getting current leaders to account for their actions or inactions will be necessary.

“APC, as a party, need to also take a special interest in what is going on in Kogi State. It is embarrassing that a government produced by the party will demonstrate that level of rascality. If PDP can tolerate such public rascality as was the case under for instance the inglorious era of Ayodele Fayose in Ekiti and many other PDP state governments across the country, APC must decisively disown what is coming out of Kogi State under Governor Yahaya Bello.

“If necessary, APC should declare opposition to what is emerging as the governance credentials of Governor Yahaya Bello, including taking every necessary step to save the people of Kogi State from the influence of Yahaya Bello in determining who succeeds him.

“Every step must be taken to ensure that APC emerges as a distinctively different party from PDP and other parties especially on the question of leadership recruitment. While in the case of PDP and other parties, issues of leadership recruitment are considered as given based on the received wisdoms of political leaders, in APC these issues are being debated and contested, which explains all the dynamics around the March 26, 2022 APC National Convention.

Nigerian democracy cannot develop unless the right conditions within parties are created for the emergence of trustworthy leaders both as party leaders and candidates for election.”