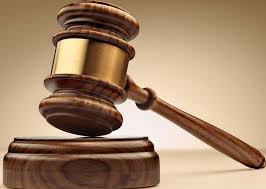 A High Court of the Federal Capital Territory sitting in Abuja, on the 3rd of March, 2022, awarded the sum of ten million naira, against the EFCC, for illegally freezing the account of a company, Rodrigo International Services Ltd.
The court further granted an order of perpetual injunction restraining the EFCC from further freezing the said Applicant’s account without first charging it to court for any offence known to law.

Ozekhome, SAN, had approached the court presided over by Justice A.S Adepoju, praying it to pronounce the act of the EFCC in freezing the account of the Applicant since the 24th day of November, 2020, without charging the said company to court for any offence known to law, as unconstitutional, illegal, wrongful, unlawful and a blatant violation of the Applicant’s fundamental rights.

The EFCC was said to have ordered the Guaranty Trust Bank PLC to place the account of the Applicant on a “post-no-debit” since 24th November, 2020, until the time of the delivery of the judgement without ever charging the Applicant to court for any offence known to Nigerian laws.

Ozekhome, on the instructions of Muzan Bruno Asepni (one of the directors of the company), filed the fundamental rights enforcement suit at the High Court of the Federal Capital Territory, Abuja, against EFCC and Guaranty Trust Bank.

The Hon. Justice A.S Adepoju while delivering judgement against the EFCC, awarded general damages against the EFCC in the sum of N10,000,000, for illegally freezing the Applicant’s account without any proof of money laundering against the company by the EFCC. The court further held that there was no evidence that any money was ever laundered through the company’s account.
The court equally ordered the Guaranty Trust Bank PLC to forthwith unfreeze the account of the company to enable the company make use of its funds.