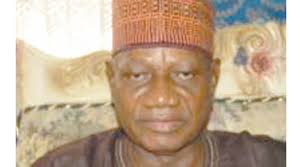 “My take is that the National assembly should disregard the suggestion of the president. If after they have amended the act to sooth the Presideny and they do it the second time again that means the national Aseembly has confirmed itself as a department of the presidency.
Senator Kadiri on his part said the lawmakers should ignore President Buhari and continue their work.

“I think he has signed what they wanted, they should just ignore him and continue with what they are doing.,”

The section of the legislation directly affect some members of his cabinet, especially those that could play crucial roles during the APC national convention

Section 84(12) of the act states that No political appointee at any level shall be a voting delegate or be voted for at the Convention or Congress of any political party for the purpose of the nomination of candidates for any election.

The President noted that it would amount to “stretching things beyond the constitutional limit to import extraneous restriction into the constitution on account of practical application of section 84(12) of the bill, where political parties’ conventions and congresses were to hold earlier than 30 days to the election.”

However, senator Melaye said, “There is nothing wrong with the section and the President is not supposed to raise any red flag because ministers and political appointees are not elected.

“If these ministers and political appointees want to be delegates to either convention or congresses or primaries then they should go and participate in the democratic process that will throw up the delegates at their various grassroots.

“Some of them cannot win election to be counsellors and they want to be delegates to primaries, conventions and congresses. If they want to participate they should ho back and become local Government delegates to all elections and not just expecting manners to fall from heaven.

“If the national Assembly carry out this second amendment recommended by the president after doing the first one to sooth him, then the National Assembly must have have confirmed that it is an appendage of the Presidential Villa and not an independent arm of Government.

He expressed the confidence that the electoral act will definitely enhance the electoral process as it will increase transparency, give credibility to the process.

On whether the 2023 election will go with out hitches based on the electoral act in terms of the faulty BVAS machines as experienced during the FCT LG election he said having conducted the election in Anambra State and the FCT council polls it is enough ground for.them to correct the anomalies and then bridge the gap before the 2023 election.

“They now know where the technical hitches are, where the problems are and I expect that it should be perfected before the 2023 election. But definitely BVAS is giving credibility to entire process.

Continuing senator Kadiri said the electoral act is an improvement on what the country had before.

“I will only urge the security agencies and the thugs to allow Nigerians decide who to be their governors, chairmen, their president and chairman.

“Because I am an active participant in the electoral process and I know what I am talking about. Beautiful law, signed act, very good but will those in power allow the context of this law signed to be put into effect for the good of the people?

“An appointee can not be a delegate, it is absurd that I will Governor of a State, I appoint 20 commissioners, 30 advisers, 30 special assistants and during an election they will come and vote, they have no mandate except the mandate of the man who appointed them.

On what, he wants National assembly to do he said he thinks he has signed what they wanted, they should just ignore him and continue with what they are doing.

On whether he thinks that the National Assembly will have the courage to ignore him he said, “We should wait and see, there are some of us who are not in the national Assembly but we talk to them on regular basis. The institution of the national assembly is being tested.

“Those of us who have been there before and those who are there now, we are of equal stakes in the integrity of the national assembly. It is my prayer that after our individual intervention they will just allow sleeping dogs to lie.

“The president’s or the Governor’s or the chairman’s appointees can not be delegates to any elective office, it is wrong.”

According to him, any bill or any law can be effective for any election provided those in authority allow the context of the law to supersede their individual interests.

“This act that has been signed in to law will improve our electoral fortunes in this country provided those in power allow the election to be free and fair but when the police and thugs and military are used to circumvent the process, whereby making the will of the people useless, is a tragedy, that is what has been happening.

“I have watched elections in this country, I have watch my party snatched ballot boxes in election we did not win.

“Nigerians dont care about positive legacies but I hope Buhari at his advanced age like me would want a positive legacy to be attached to his name.

“That positive legacy should be one that would make people to pray and wish that Buhari were around. He should not dabble into anything orchestrated by his inner circles they are not elected human beings, they are just friends and appointees, he should listen to those of us who conducted elections to bring him to power.

“We are happy with this electoral law that has been signed, we are happy if it should be implemented, we are not happy if the canals surrounding Buhari, whether friends or relations and appointees try to change the will of the people.”