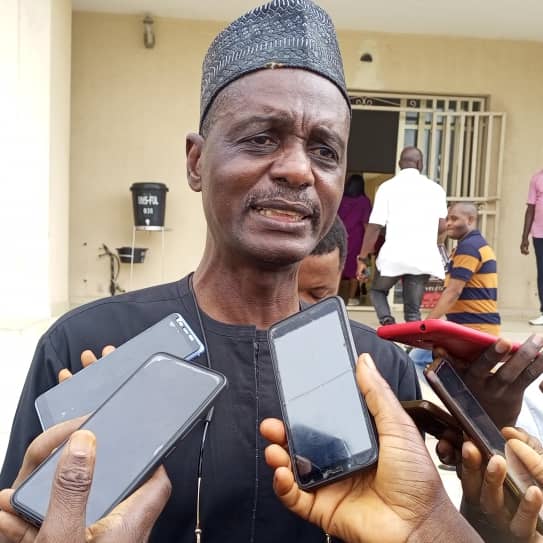 Federal University Lokoja (FUL) has secured N1 billion from the Tertiary Education Trust Fund (TETFund) for the construction of a Senate Building for the institution.

Vice-Chancellor of the University Prof. Olayemi Akinwumi, dsclosed this while addressing newsmen at the commissioning of various projects executed under his leadership at the Adankolo and Felele campuses of the Institution on Tuesday.

He said the development was part of his administration’s efforts to improve upon the basic infrastructure of the University and boost its statutory mandate of providing quality education in the ivory tower.

He said that work on the Senate Building would soon commence as all necessary arrangements had been concluded with the contractors.

Akinwumi also called on public spirited individuals and corporate organisations to partner government in its frantic effort to provide infrastructural facilities for institutions of higher learning across the country.

He said the call had become necessary to underscore the dire need for collaboration between government and corporate organisations to put quality infrastructures for conducive learning environment in Nigerian universities.

The Nigerian Pilot reports that the University community was thrown into Jubilation mood following the inauguration of what they called, “Harvest of projects” in both campuses.

Pro-Chancellor and Chairman Governing Council of the University Sen. Chris Iheanyichukwu Adighije, who inaugurated the projects described the ongoing infrastructural development in the institution as unprecedented.

Sen. Adighije commended the Vice Chancellor, Prof. Olayemi Akinwunmi for the accelerated growth being witnessed in the institution under his leadership.

Adighije also lauded the efforts of the Vice Chancellor for consolidating on the legacies of his predecessors adding that the projects would enhance the credibility of the Institution nationwide.

On the lingering ASUU strike, Senator Adighije sympathised with the students, ASUU members and government as he described the unfortunate situation as “a process in the nation’s development.”

He expressed optimism that sooner than later, the face-off would be a thing of the past and sued for patience and understanding from the stakeholders to enable attainment of a permanent solution to the perennial impasse.

Nigerian Pilot gathered that the inauguration of projects executed under the leadership of Akinwumi who is the third Vice Chancellor of the University, was deliberately planned by the management to coincide with his birthday.