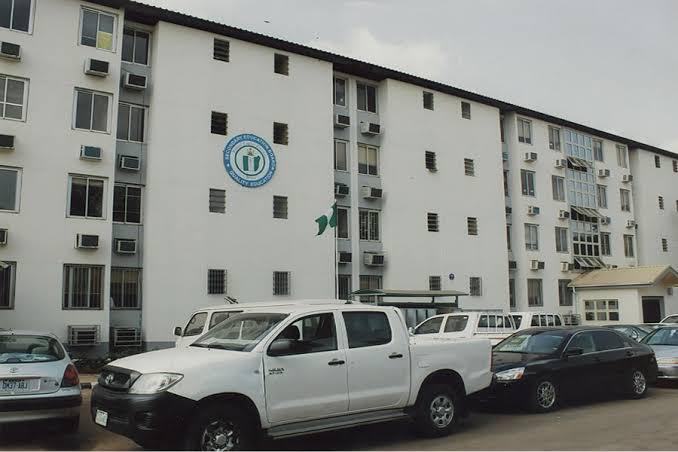 A civil society group under the aegis of Citizens’ Rights, Accountability and Development (ICRAD) has petitioned the ICPC over what it described as illegal extortion of N1,500 levy on all students by
FCT Secondary Education Board led by Alhaji Yahaya Musa Mohammed whose tenure ended recently.

In the petition which was addressed to the Independent Corrupt Practices and other related offences Commission (ICPC) they queried such illegal imposition of fees and racketeering by the FCT Secondary Education Board.

The group had through the petition invited the anti-graft agency to look into the “illegal imposition of a “mandatory, unauthorized and illegal payment of N1,500 PTA levy” per annum on all students in JS 3, SS 1, SS 2 and SS 3 in the FCT by the Board; a levy which cumulatively runs into a hundreds of millions of Naira annually.
They stated that the N1,500 payment foisted on indigent students and their poor parents run contrary to legal enactments such as the Universal Basic Education (UBE) Act, relevant Public Procurement Laws (i.e. the Public Procurement Act) as well as the Treasury Single Account (TSA) Regulations which are extant laws that ordinarily ought to govern such levy, its collection and/or expenditure – if it was actually deemed necessary and fair to be imposed in the first place.

The ex Chairman of FCT SEB was contacted for comments on the developing story by the popular “Good questions from the ex SEB Chairman for which he provided answers.

ICRAD indicated that many listeners who called into the program and many others who commented afterwards did not take kindly what they perceived or described as Alhaji Mohammed’s dismissive and/or condescending demenour throughout the interview.
“Many of them were particularly miffed and descended hard on the SEB Boss when he said that the “N1,500 levy is a paltry sum for which parents should not complain or make a fuss about”; after which he went ahead to declare that he was not going to make any statement or give further clarifications on the issue again.”
The group claimed that no students or schools benefited from the 1500 charged for the “ Phantom online classes for no students during the COVID-19 lockdown’
However, a thorough, painstaking and very detailed investigation which was conducted amongst students in different public secondary schools and in different classes failed to yield even a single student who corroborated the ex FCT SEB’S Boss’ claim as they all denied ever participating in or enjoying any Online Learning from their schools during the period or at any other time for that matter.
Similarly, no single parent out of the many that were interviewed including some PTA exco members, could attest to the fact that any of their children/ward had any online lessons during the covid holidays.
“It suffices then to say that FCT students, parents and Nigerians in general are waiting for Alhaji Yahaya Musa Mohammed and his Board to come out and name the schools in FCT that benefitted from what is increasingly beginning to look more like  ‘PHANTOM ONLINE CLASSES FOR NO STUDENTS DURING THE COVID-19 LOCK DOWN’ which exists only in the ex FCT SEB boss’ active imagination.
The group observed that ,before leaving the radio program, Alhaji Mohammed stated that his Board approved the N1, 500 imposed levy. However, concerted efforts by ICRAD to obtain a copy of a resolution by the Board to this effect proved abortive.
Sources within the Board denies such a resolution ever exists since, according to them, it was never ever tabled, discussed or taken in any formal meeting of  the Board.
The group therefore challenged the Board to produce a copy of its resolution where the decision to approve this levy and award the consultancy contract was reached.

In conclusion, the group called on the Honourable Minister of FCT, Malam Bello Muhammad to beam his search light on the activities of the Alhaji Yahaya Musa Mohammed led FCT SEB with a view to unravelling the corruption and illegality involved in the unconscionable imposition of fees on secondary school students in FCT and the utter lack of accountability, probity and transparency in the management of the fund realized from the imposition.