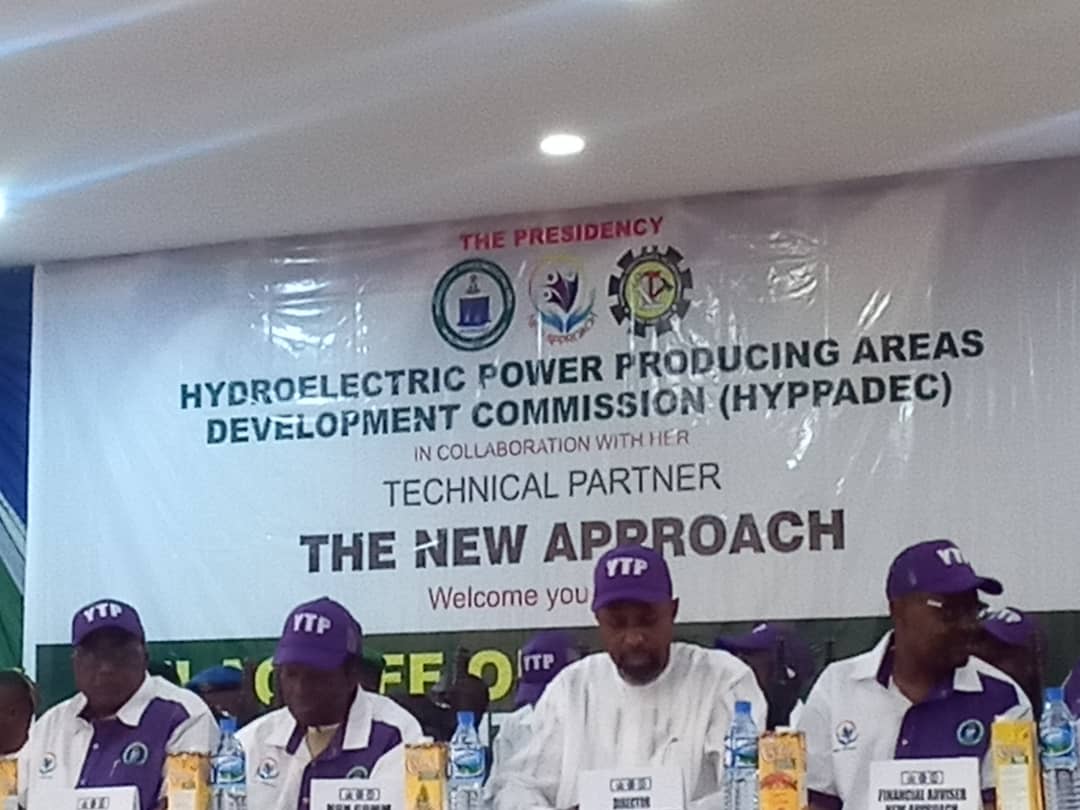 The Hydroelectric Power Producing Areas Development Commission (HYPPADEC) has flagged off a Skills Acquisition Scheme under its Youth Transformation Programme for 600 Kogi Youths drawn from 10 focal riverine Local Government Areas in the state.

Managing Director and Chief Executive Officer of HYPPADEC Dr Abubakar Sadiq Yelwa, disclosed this in his keynote address to the flag-off of the programme on Thursday in Lokoja.

Yelwa said the Youth Transformation Programme was organised by the Commission in partnership with “New Approach” was part of its efforts to ensure that unemployed youths across the country became self-reliant.

“HYPPADEC will ensure that beneficiaries after the training are certificated to enable them use the document to access loan facilities to grow in their various trades.

The Katukan Yawuri said the Commission had also planned a robust programme for farmers in the riverine communities in view of their perennial loss of crops to flooding by providing them with fertilizers and other farm inputs.

Yelwa appealed to the members of the communities in the 10 focal Local Government Areas to make good use of the 1,487 life jackets distributed to them at the occasion to reduce the rampant cases of boat mishaps and unwarranted loss of lives.

He equally promised that in the next two weeks, the Commission would make available motorcycles for traditional rulers to support Vigilance Groups operating in their various communities in the effort to reduce crime and criminality at that level.

Also speaking, Alhaji Isa Ozi-Salami, member HYPPADEC Governing Council, representing Kogi State, said what made the commission to standout was its ardent believe in transparency and sincerity of purpose that it brought to bear on all its activities.

Umar said the transformation Programme aimed at reducing unemployment in Nigeria was designed to cover 70 per cent youths, 20 per cent women and 10 per cent physically challenged in the society.

He said that the aim of the Transformation Programme was to reduce the rate of unemployment and affect 25,000 youths in Nigeria, Benue, Kogi, Kwara, Plateau states in the 36 different trade areas.

Governor Yahaya Bello who flagged off the ceremony and the distribution of life jackets described the programme as a well thought initiative and saying it “failure of leadership not to build youths for the nation.”

Represented by his Deputy, Chief Edward Onoja, the governor commended the Federal Government for giving live to HYPPADEC after many years of neglect.

“I wish to note with all humility that HYPPADEC became more effective with special recognition under the ruling All Progressives Congress (APC) led by President Muhammadu Buhari”, he said.

Lee Ahenjir, Kogi State Coordinator of HYPPADEC, in his welcome address assured that the Commission would not relent in its vision and mission to harness the resources of members states for sustainable development.

His Royal Majesty, Matthew Alaji Opaluwa Oguche-Akpa, the Ata Igala and President of Kogi State Council of Chiefs in his good will message, lauded government’s efforts on human development such as empowerment of the youths, women and the physically challenged in Nigeria.

Secretary to the State Government (SSG) Dr (Mrs) Folashade Arike-Ayoade, in her vote of thanks, commended HYPPADEC for getting so much done within a very short time touching and turning around lives in the riverine communities positively. (Ends).