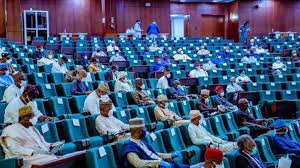 The Nigeria Custom Service (NCS), the Manufactural Association of Nigeria, (MAN), and other stakeholders on Thursday faulted the Central Bank of Nigeria, (CBN) recent policy of e-valuation, e-invoice for import and export in the country.

This was as both agencies and other stakeholders appeared before the House of Representatives Committees on Customs and Excise as well as Banking and Currency to address issues arising from the introduction of the new system by the CBN.

While the CBN explained that the new system would plug leakages and enable the governemnt to recover more funds, the Customs said it was in violation of the law which did not follow due process as it would encumber trade.

The CBN had issued a circular that the new system would kick off on February 1, 2022, but the House had on January 27, 2022 suspended it and directed the apex bank to adopt a 90-day timeline for the implementation of fiscal measures to avoid destabilising effects on the economy.

The resolutions followed a motion moved by Chairman of the Committee on Customs and Excise, Hon Leke Abejide.

However, Director, Trade and Exchange of the CBN, Dr Ozoemena Nnaji, explained that the new system was seamless and integrated with the import and export process in a manner that would not hamper any of the stakeholders.

She added that the price of goods involved in a trade transaction is sometimes manipulated by those wishing to launder the proceeds through the financial system and some regulators suggested that a simple way to identify such activities is by banks implementing a price check on all trade transactions.

This, she said, is the goal of the new system that the CBN in collaboration with other MDAs is implementing.

According to her, “This would be one way of ensuring what we should earn in trade comes to us without loss of foreign exchange and duties. The main aim is to ensure that we allocate our scarce foreign exchange resources to imports and we collect the export duties and transaction values due to us at valued market rates,”.

She said an analysis of trade invoicing in Nigeria in 2014 show that the potential loss of revenue to the government was approximately 2.2 billion for the year, an amount, which represents, four percent of total annual government revenue as reported by the IMF, and representing approximately 15 percent of the country’s total trade.

But Assistant Controller General of Customs, Galadima Saidu, among other concerns, said the new CBN policy was in violation of World Trade Organization Facilitation Agreement of which Nigeria is signatory.

He said the use of bench-marking in valuation would negate the aim of the agreement on Customs valuation and would result in delays and uncertainties.

He said the use of bench-marking in valuation was abolished due to the dynamic nature of pricing especially in this current time when technology is rapidly evolving.

According to him, “Nigeria is a signatory to the WTO trade facilitation agreement. The agreement are legally binding with punitive measures that would adversely affect the Nigerian economy. The introduction of the CBN initiative is against Article 7 of General Agreement on tariff and trade 1994 and Article 1, 2 and 6 of the WTO TFA.

“The agreement aims for a fair, uniform and neutral system for valuation of goods for Customs purpose and it conforms to commercial realities and which outlaws the use of arbitrary or fictitious customs values. The use of bench-marking in valuation would negate the aim of our agreement on Customs valuation and would result in delays and uncertainties. The use of benchmarking in valuation was abolished due to the dynamic nature of pricing especially in this current time when technology is rapidly evolving”

He added that WTO agreement emphasizes the need for a timeframe for the publication of any additional fees or charges, hence the CBN circular to introdice the policy dated 21st January 22, with an effective date of 1st February, 2022 violated this.

He said the window which is just 10 days apart is too short and would disrupt the trade supply chain and revenue collection.

Saidu said that the Customs was only informed through newspaper publications on the introduction and effective date of the CBN initiative as there was no consultation done prior to the release to the public.

He said added that the Customs had a system that integrates with several partners and government agencies involved in international supply chain including CBN and authorized dealer banks.

He pointed out that the Federal Executive Council approved e-Customs as a programme that would serve as enabler for the national single window project, hence the introduction of a new system that would create another cumbersome process for the import and export would not help the economy.

According to him, “the introduction of additional fees and or charges and procedures though the e-evaluating and e-invoicing would definitely set back Nigerian traders and adversely affect Nigerian economy which has struggled to recover from two recessions in the past five years.

“It would not be in the best interest of CBN, NCS or the Nigerian Government to proceed with any initiative that would hinder Nigerian traders from being able to compete in this trying times”.

A representative of MAN, Folurunsho Adeyemi, said there is need to ensure the CBN does not go ahead to implement the policy without accommodating constructive inputs of stakeholders, especially those whose businesses would be negatively impacted.

This, he said, is necessary to ensure government does not create a regime of chaos that would decelerate the already low level of activity in the economy.

The Committees directed the CBN and Customs to harmonize their differing opinions on the import/export electronic invoice policy and report back on March 17, 2022 for further action.

Ruling on the matter, the Chairman of the Committee on Customs and Excise, Hon Leke Abejide said that the policy remains suspended until they come back and conclude on the way forward.

Chairman of the Committee on Banking and Currency, Hon Victor Nwokolo, said that there must be cohesion between both agencies of government.

“The whole idea is how do we generate revenue. The issue is quite interwoven. Please we want to appeal that the Min of Finance must be part and parcel of this meeting. This matter must be resolved. If the Finance Ministry was here, they would be able to shed light on these grey areas, but whatever it is, there must be cohesion. It is critical. Let us avoid what has kept Nigeria where we are where one agency is fighting another agency. There must be sensitization for people to know. We are agree with MAN that the time frame was not sufficient, therefore let us not do anything that would throw people out of jobs,” he said.

Other members of the Committees stressed the need for both agencies to work with the Ministry of Finance and other stakeholders to arrive on a common position as the CBN initiative is aimed at helping the country get funds that that are lost through leakages.

One of the lawmakers, Hon Sada Soli, said “What we are doing here is not to knock the heads of the agencies together. It is to bring them together to see how they can work together on this FG policy.
“Nobody is against this policy because what I understood from then presentation of CBN is that the crux of this policy is to remove fraudulent requests from foreign exchange on non existing trade and overall reduction on slippage.

“That is the key issue. There is a lot of fraud going on in this country with respect to importation and exportation of goods in this country. We need to nip this in the bud. That is the issue the CBN commissioned a study to look at how we can save our foreign reserve. We know some people are shortchanging some of the weak policies we have in this country.

“CBN has no issues in trading but to tighten our fiscal policy. So the issue is to bring them together. If they have not sat down to agree on one or two issues. Let us bring them together, let the Customs and Ministry of Finance, and CBN go sit down on the same template and bring a common position to this committee.”

Another lawmaker, Hon John Dyegh, said that both agencies were crucial to revenue generation for the country and cannot be allowed to keep disagreeing with themselves.L