Smart Adeyemi expresses gratitude to God, Governor Bello, Electorate for a third term in the senate 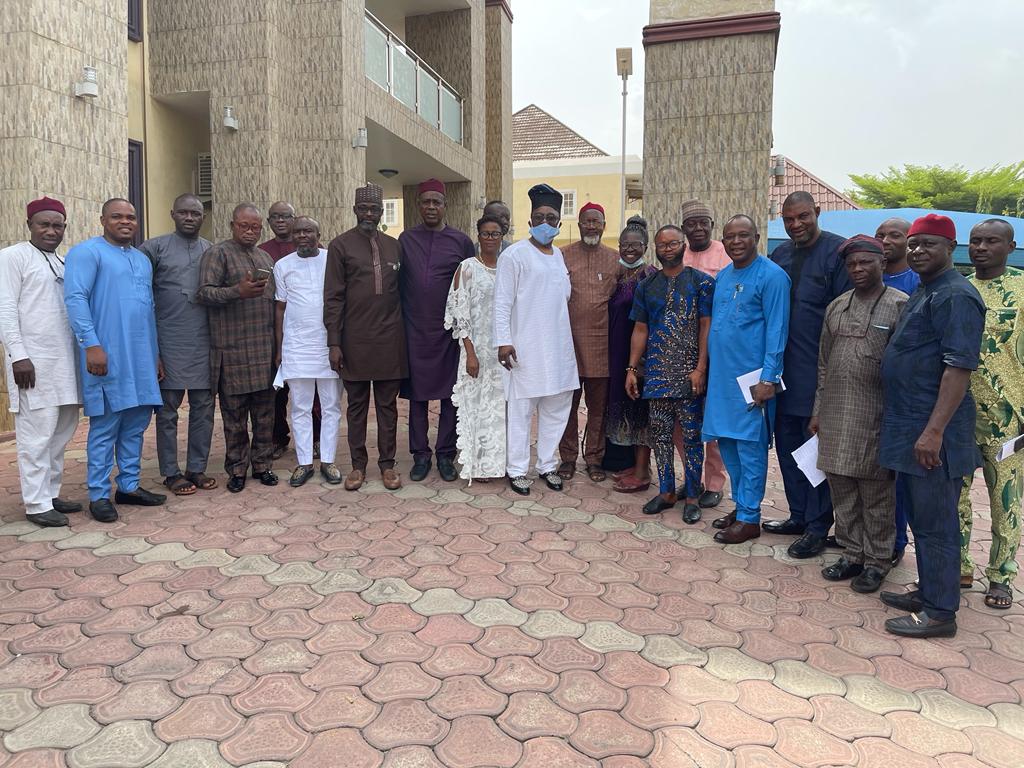 Senator Smart Adeyemi (APC, Kogi West), on Monday attributed his performance to God Almighty who made it possible for him to return to the Senate for a third term.

He expressed gratitude to the All Progressive Congress (APC) that deemed it fit to cede the party’s ticket to him, the electorate who voted overwhelmingly for him, Governor Yahaya Bello who is the leader of the party, for his Performance in the 9th National Assembly, so far.

He spoke during a courtesy visit to him by Bunu Development Association (BDA).

The outspoken ranking senator said that Governor Bello had put his integrity on the line to ensure that he was re-elected, and noted that if his performance has been abysmal, the governor would have been held responsible or accused of imposition.
Senator Adeyemi recalled that Governor Bello participated fully and vigorously in his campaign, and that the singular act of putting his reputation on the line for his sake will remain indelible and evergreen and unforgettable.

The Senator therefore charged those who are commending him to rather commend God Almighty, Governor Yahaya Bello, who provided a platform for him and also gave his undiluted support towards his candidature and of course, the electorate.

The over 30-man delegation were led by the National Chairman, Bunu Development Association, Pastor Johnson Kolawole.

In a two-hour closed door session, the visitors thanked Senator Adeyemi for his consistent and unconditional love for the people of Bunu dating back to his days as a journalist and two-time National President of the Nigeria Union of Journalists (NUJ), years before he emerged as a first time Senator.

They noted with nostalgia, the tremendous impact of the Chairman, Senate Committee on Aviation, particularly his efforts towards the reconstruction of Ayetoro-Kiri (Sukuk)Road Section in pulling down the big hills and also the award of contract by the federal government last year.

The delegation was also ecstatic at the communities that have benefited from the Solar energy lights lfacilitated by the Distinguished Senator.

The delegation stated unequivocally lthat their visit was merely for solidarity and to assure the senator that Bunu Communities appreciated his good works on behalf of the masses.

They sighted several bills initiated by him amongst which are the Kabba Law School Campus, the upgrade of the College of Agriculture, Kabba to a full fledged University, the upgrade of Medical Centre Lokoja to Federal Teaching Hospital Lokoja, Federal University of Medicine and Medical Sciences, Egbe, National Institute of Fisheries and Aquatic Studies Kotonkarfe, Kogi State to mention a few.

This is in addition to his outstanding contributions on contemporary National issues at the red Chamber.

Senator Adeyemi in his response assured the delegation that he would by no means let God, the Governor and the people of kogi state down in carrying out his mandate.

In conclusion, he said that the 2023 Senatorial and Governorship elections should be left to God to minister to the leadership of the party and the leader of the party, in the person of Governor Yahaya Adoza Bello to identify candidates with proven track records, who will be committed in building on the foundation of GYB. He also promised to continue to give maximum support to Governor Bello and President Muhammadu Buhari.