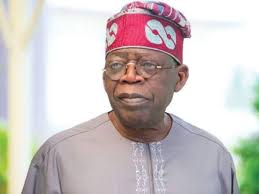 The All Progressives Congress (APC) national leader Bola Ahmed Tinubu is to meet with theSenate caucus of the ruling party at 2.30pm wednesday.

The president of the Senate, Ahmad Lawan, made the disclosure in a letter read during the commencement of plenary on Wednesday.

The letter was signed by the Senate Leader, Senator Yahaya Abdullahi (Kebbi North).

The meeting is scheduled to hold in the Senate President’s conference room.
The National leader of the party had declared his ambition to contest in the 2023 general election to be Nigeria’s president.
Tinubu has been meaning stakeholders of the party across the country.