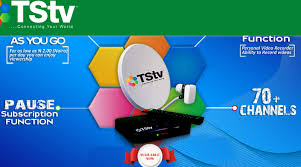 The Managing Director, TStv Africa Pay TV, Mr Bright Echefu, lamented the poor power supply faced in the country and urged the Federal Government to improve on it and save business.

Echefu gave the indication through his Facebook handle on Thursday.

He expressed dismay and explained that the company bought 769,300 litres of diesel and spent a total of N232 million from January to December 2021 for its headquarters and affiliate offices across the country.

“As a company, it was never convenient spending 17m monthly on power in Abuja HQ of TSTV alone.

“From our finance records, TSTV bought 769,300 litres of diesel and spent a total of N232 million from January 2021 to December 2021 for TSTV headquarters and its affiliate offices.

“There are several months we have relied on generators to run our 24 hour operations. In most part of 2021, we spent between N12 million and N14 million monthly on diesel.”

He, however, informed that the actual need of TSTV monthly was 68,000 litres and this covers other offices of TStv and affiliated businesses across Nigeria.

He said he received a request for the usual 68,000 litres of diesel for the headquarters and its affiliated offices, which costed N54.4 million for this March alone.

“TStv headquarters alone runs 24 hours on generators since July 2021. It consumes 45,000 litres monthly and that is no joke.

“Yesterday, I received a request for the usual 68,000 litres of diesel for TSTV headquarters and other offices of affiliated companies and guess what the cost will be, N54.4 million for March 2022 alone.

“If this issue is not resolved by government, it means TSTV should be prepared to look for N489 million to power its generators for the next 9 months,” he said.

He assured that the company would continue to serve Nigerians with uninterrupted pay TV service, even though this was coming with extreme pain and discomfort.

“I am pained and I know a lot of SMEs are going through this crisis too.

“The facility seats on 1.6 hectares of land. We have over 200 AC’s to power, we have transmission equipment, we have 150- Channel Network Operations Center,

“We have TSTV studios, Satellite teleport, Tier III data center facility and many infrastructure all in Idu headquarters that must never go off for one second.