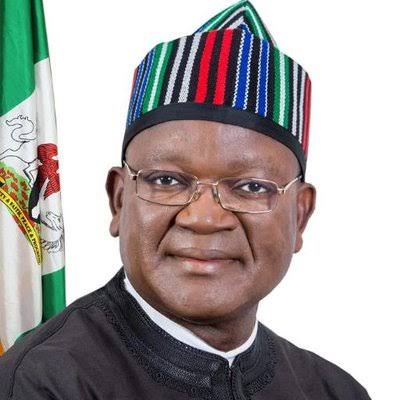 A pro-Peoples Democratic Party (PDP) on the platform of The Democrats Group (TDG), has called for the resignation of Governor Samuel Ortom of Benue state as Chairman of PDP Zoning Committee.
The committee is charged with responsibility to the party direction on the contentious issue of zoning
The group made the call Monday in Abuja, through a statement signed by its Director-General, Asiwaju Abidemmy Elegbede.
The group while justifying the demand for Ortom’s resignation alluded to what it termed the “Benue governor’s incestuous political relationship with Governor Nyesom Wike.
According to the group, Ortom is a beneficiary of Wike’s N5 billion grant, among other beneficiary state governors.
Moreover the group noted that it was no coincidence that Governor Wike gave Benue state another N500 million and proceeded to declare his intent to run for president in the state.
The group also raised issues of the declaration of support by the Benue governor for governor Wike’s presidency as aberration and tantamount to undue favouritism.
While calling on the party to provide equal opportunity to all aspirants, the group in the release said, “the Benue governor having openly expressed his position on zoning by clamouring for a Southern president, should recuse himself as the Chairman of the 37-man PDP Zoning Committee or the party leadership relieve him of his position as chairman and membership of the zoning committee.”