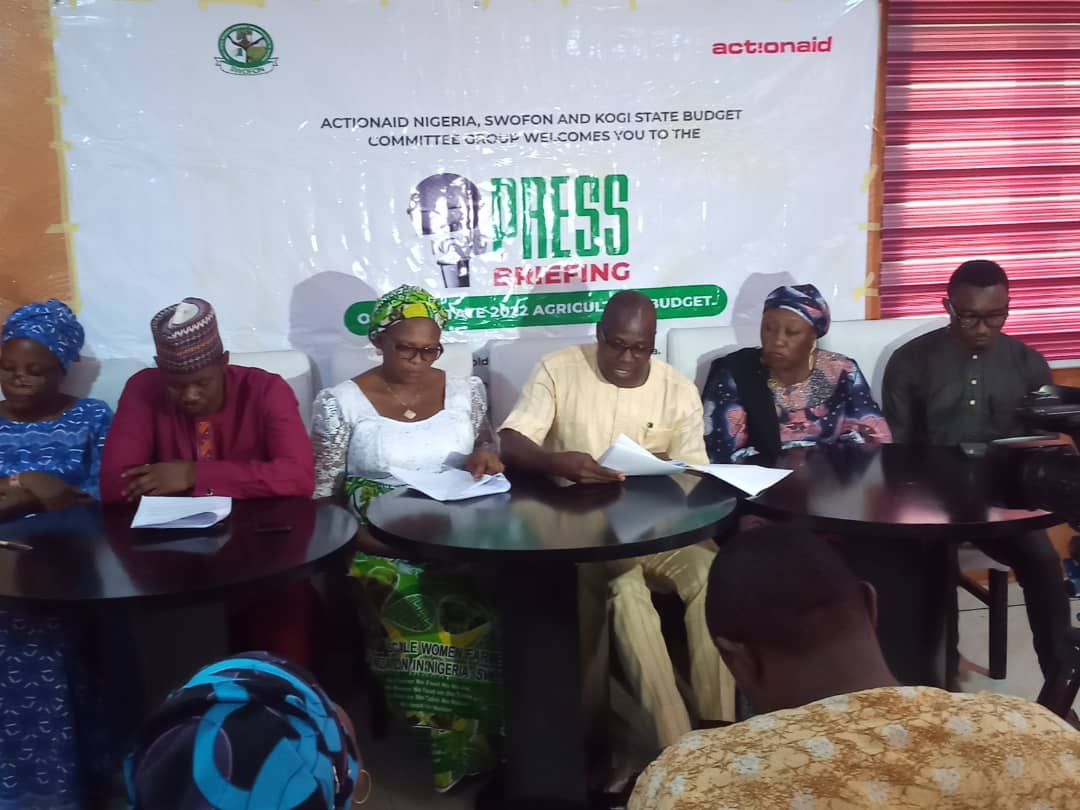 Small Scale Women Farmers Organisation of Nigeria (SWOFON), Kogi chapter has called for review of existing Agriculture sector policies to give way for emergence of a coherent policy framework with emphasis on budget formulation and implementation.

Kogi Coordinator of SWOFON Hajia Safiya Yahaya, made the call at a Press conference organised by Budget Committee Group (BCG), supported by ActionAid Nigeria on Wednesday in Lokoja.

The Coordinator said it was imperative that the Ministry of Agriculture reviewed existing policies on agriculture and come up with an all-inclusive policy framework that would incorporate the change agenda with emphasis on budget implementation.

She reiterated the age-long agitation and call for Increased funding to the sector to enable it meet the 10 per cent Maputo declaration and subsequent Malabo commitment to which Nigeria remained a signatory.

Yahaya also called on government at all levels to make budgetary provisions for Climate Change in their annual budgets to enhance food and agricultural production.

According to her, Climate Resilient Sustainable Agriculture (CRSA)/Agroecology and inclusion of Issues of climate change in Governments’ annual budgets were key to sustainable development in Nigeria.

She described as “Very unfortunate and wrongly too”, a situation whereby
no mention of issues around climate change is made or provided for in budgets in spite of the strong impact of clinate change on agricultural production.

According to her, Smallholder women farmers have access to less than 23 per cent access to formal credit, therefore, Kogi State Ministry of Agriculture should create a yearly Strengthening Access to Credit budget line.

Mataga said this would serve as protection against natural and man-made disasters such as destruction of farms by cattle, flood, pests and other natural disasters and as well, enable Kogi farmers access the services.

“There is need for improved farmers data collection and collation, which provides an evidence-based rationale for planning and services provision.

Okpanachi said that the sector had over the years gotten haphazard percentage increases like 6.8; 4.2; 4.9 and 6.3 which remained a far cry from the Maputo and Malabo Declarations of 10 per cent.

Okpanachi held that releasing the appropriated funds had often posed a challenge adding that in 2016, only 25 per cent of the allocated fund was released while in 2020, only 18 per cent was released to the sector.