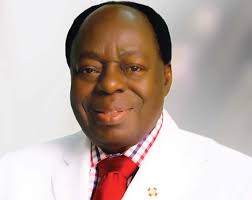 The Executive Director
Conscience for Human Rights and Conflict Resolution, Idris Miliki Abdul, has condemned the call by a senior citizen and senior lawyer, Chief Afe Babalola, for an interim government after the expiration of the present administration of APC on May 29th, 2023.
Abdul in a statement he made available to the National Update said it is worrisome and surprising for such a highly placed Nigerian to condescend so low.
Elder Statesman and founder of Afe Babalola University, Ado-Ekiti (ABUAD), Chief Afe Babalola (SAN), had warned that the future of Nigeria is at risk with the 1999 Constitution.

He particularly warned that it would be very dangerous to hold another election in 2023 without having a “people’s constitution” as a replacement for the “foisted” 1999 Constitution.
However, Miliki said,
“Elections have been fixed for next year February 11, for the office of the president and National Assembly. Election is to take place on March 25, for the office of governor and state House of Assembly, where applicable according to the Independent National Electoral Commission (INEC).

“INEC is the institution statutorily put in place by law and the constitution of the federal republic of Nigeria.

“Rather than all Nigerians, particularly senior citizens to come out with meaningful suggestions and workable strategy that can secure our country towards peaceful conduct of elections, he is engaged in provocative pronouncement, that would not do the nation any good.

His suggestion can only lead to constitutional crisis of monumental proportion. “If we may ask where is the provision for an interim administration in the 1999 constitution as amended?”