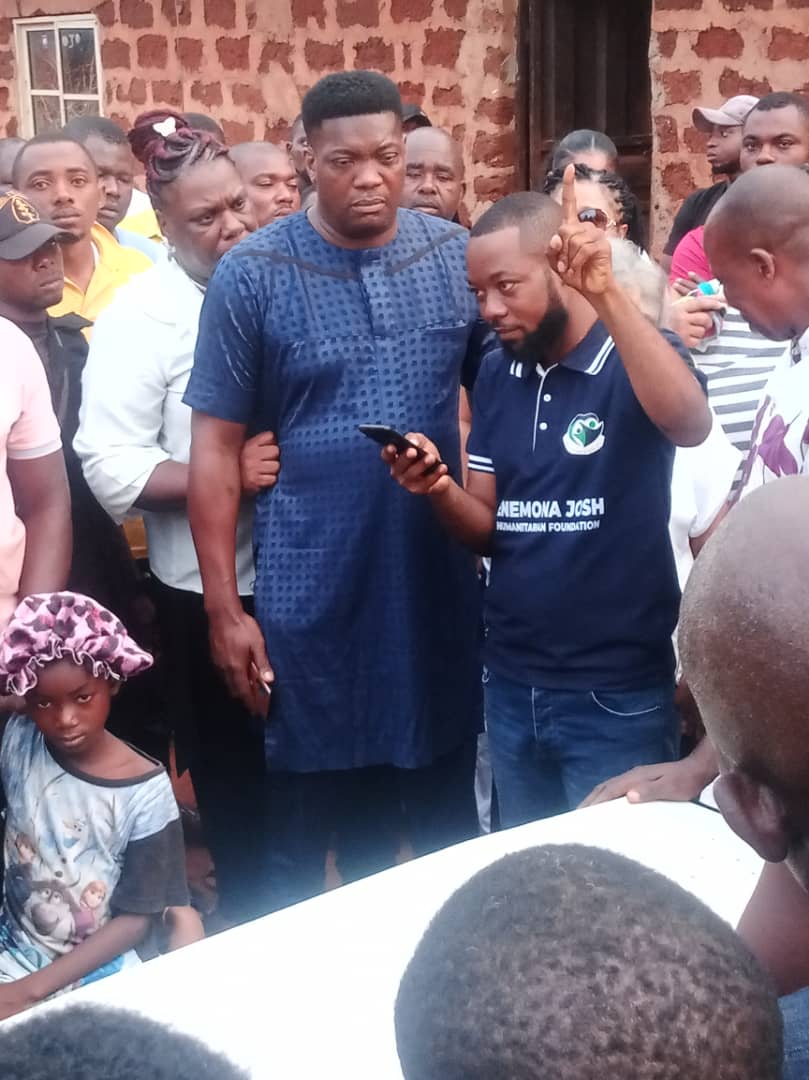 Inele-Ogugu (KOGI): Barely one week after his abduction and onslaught in the hands of armed men later confirmed to be Policemen, Amb. Gabriel David Onoja, a humanitarian and philanthropist, has lost a junior brother to death.

The deceased, ThankGod David Onoja was said to have died on Monday at Afe Babalola University Teaching Hospital, Ado-Ekiti in Ekiti state after a protracted illness arising from complicated kidney infections.

Amb. Gabriel Onoja, so with newsmen shortly after interment of the deceased, promised the immortalize his late brother for his selfless service to humanity in his short sojourn on Earth.

He urged youths in the community to emulate the life of struggle and accomplishment exhibited by the late ThankGod who left a vacuum that would be too difficult to fill.

“We started Enemona Foundation together. We went through thick and thin to ensure that the Foundation attain its mission and vision. I will ensure that his portraits are placed in all our offices as a way of immortalizing him”, he said.

Father of the deceased, Mr David Onoja who managed to speak in a very low tone described his late son as a humble, intelligent and respectful person who loved and cared for the entire family and the community at large.

“I have never thought I would one day bury any of my children, but it has happened and there is nothing I can do than to seek solace in God.

He is an obedient son who is so dear to my heart. I am yet to come to terms with his death”, he said.

Faith David Ojonugwa, younger sister of the deceased, in tears, said she would definitely missed her late brother’s advice and counselling saying, “He taught me to always be truthful and stand by my word.

“He also taught me to always be committed to whatever I am doing that will benefit me in life and he continuously warned me not to disappoint the family as the only daughter of David Onoja’s family”, she state.

Nigerian Pilot reports that the late ThankGod in his last comment in a tweet to his brother, Amb. Gabriel Onoja said, “I am Comrade. I treasure my family the most and I prioritise their happiness before my own.

“There’s nothing I can’t do for them and I’m even willing to sacrifice my life for them. My only wish in life is to be with them for a long time and make sure they are always safe from harm.” (Ends)