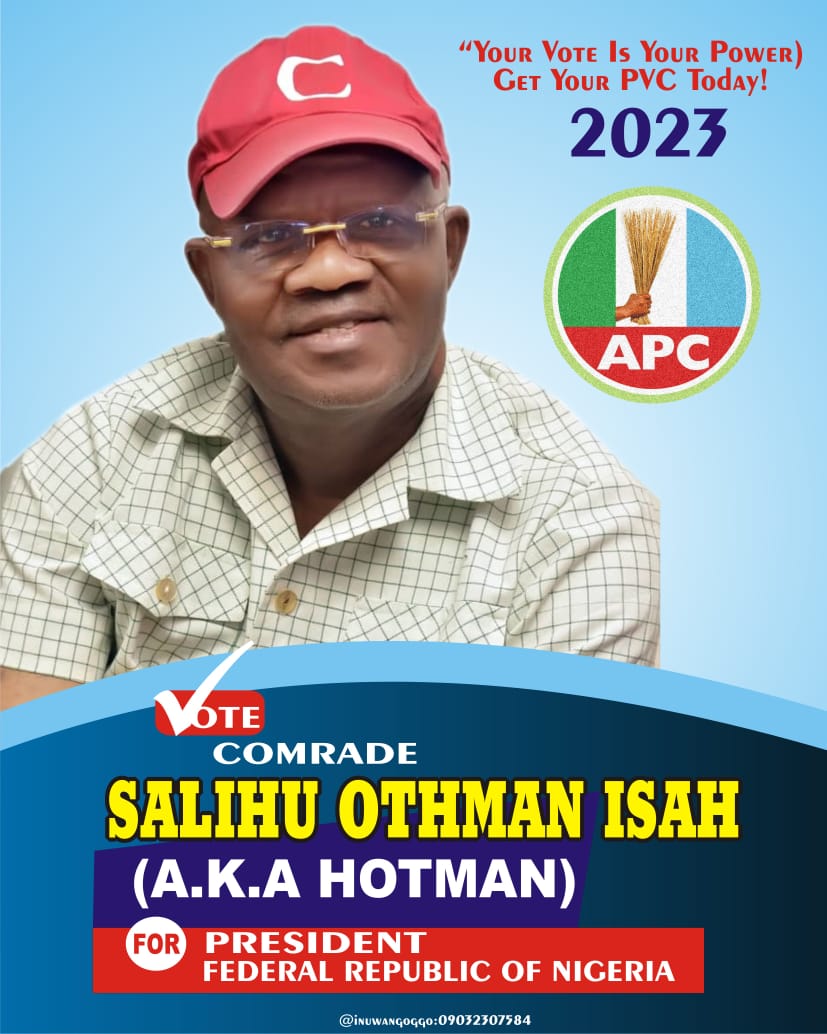 An aspirant for the presidential ticket of the All Progressives Congress (APC), Comrade Salihu Othman Isah has admonished Christians to use the opportunity of Easter to reflect deeply on the decayed past in the country inflicted by leaders who do not mean well for its citizens with a view to remedy the situation.
Comrade Isah gave the admonition in a telephone interview with the National Update from Port Harcourt, the River state capital in the wake of his consultation visits.

According to him Nigeria must get it right this time around.

The APC top stalwart, who is a former Coordinator, Peace and Unity Media Advocacy(PUMA) and Consultant to Women Action Network for Development(WAND) lamented that the nation has been suffering under the vice grip of subsequent leaderships in the country.

The presidential aspirant expressed concern over the security situation in the country as he decried the spate of bandit attacks, ritual killings, kidnapping, thuggery and depression induced deaths as a result of hardship in the country among others.

Isah known popularly as Hotman in the entertainment industry was in Obio Akpor local government area to interface with stakeholders where he promised to use the movie sector to galvanise employment which is greatly needed to reduce the crime rate especially among the youths.

He also promised to revamp the economy and ensure the naira holds its own among global currencies in the global market.

“I shall ensure our naira become an acceptable medium of exchange, a currency for international trade and transactions. The Nigerian economy is greatly untapped and we shall ensure we drive it to the benefit of our people.”
The aspirant who is also an erstwhile National Vice President of Actors Guild of Nigeria(AGN) and Chairman, Civil Liberties Organisation (North West Zone)
revealed that this season of sober reflection should be utilised to pray fervently for the country to wriggle it out of the web it has drifted into as a result of bad and wicked leadership.

Since adherents of both leading religions are in a season of fasting and sacrifices with Christians who observed lent now in festive mood having celebrated Easter Monday, he advised them to remember to seek the face of God in the efforts to rescue the once prosperous nation.

“Our Lord Jesus Christ was a man of love, a man of grace, a man of diligence, a man who sacrificed his all due to his love for mankind.

He hinted that our past and present leaders suffocated and are even more emboldened now more than ever before to continue suffocating the nation and its citizens.

“It is sad that the various crimes that are bringing the nation down on its knees are those crimes we watch only as movies on television in the time past and even assume that they are fictions that cannot occur in any decent society.

“Today, these crimes happen under our very watch and we seem helpless. The body language and indeed the actions and inaction of government which should provide solutions to the ugly incidences is that they have no immediate response to confront them.

Isah is of the view that light will overcome the darkness that have enveloped our nation expressing confidence that Nigeria will rise again to assume its rightful position in the commity of nations.

“I am very confident that as Jesus was persecuted, crucified and rose after three days, Nigeria will rise again. I predict today that the sorrow, tears and blood of today will transform to greatness and honour for the nation.

“Our past and present leaders suffocated and continue to suffocate the nation and its citizens.
and are even more emboldened now than ever before.