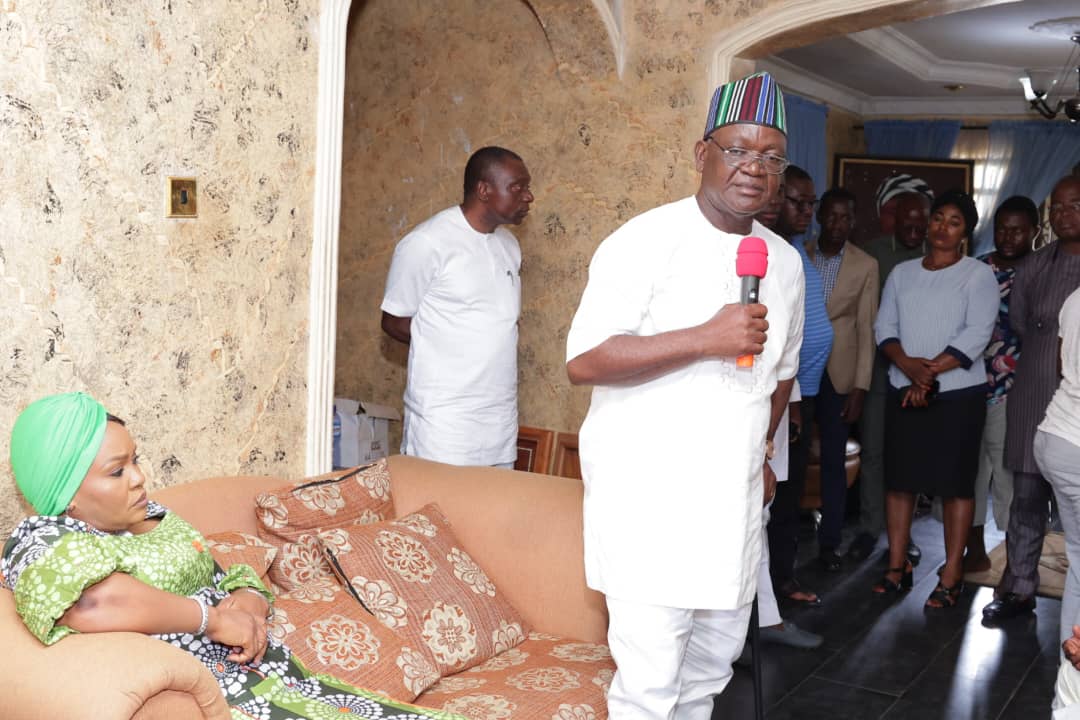 Benue State Governor, Samuel Ortom has sent messages of condolences to the families of his Deputy, Engr Benson Abounu and Chief Akange Audu over the deaths of their son and wife respectively.

In a statement by his chief press secretary Nathaniel Ikyur, the Governor urged the duo to take solace in God over the unfortunate deaths of their loved ones.
The statement quoted Ortom to have stated this Sunday, April 24th, 2022 when he paid condolence visits to the two families over the death of their relations.

Ortom admonished them to be comforted in God, stating that the Lord gives life and takes at his appointed time.

“As Christians, when things like this happens we can not do anything except to give glory to God”

Engineer Benson Abounu in an emotion laden voice thanked the Governor for the visit, stating that his visit has brought a lot of comfort to the family.

On his part, Audu appreciated the visit of the governor, stating that the family is consoled by the fact that the deceased loved God and died as a Christian.