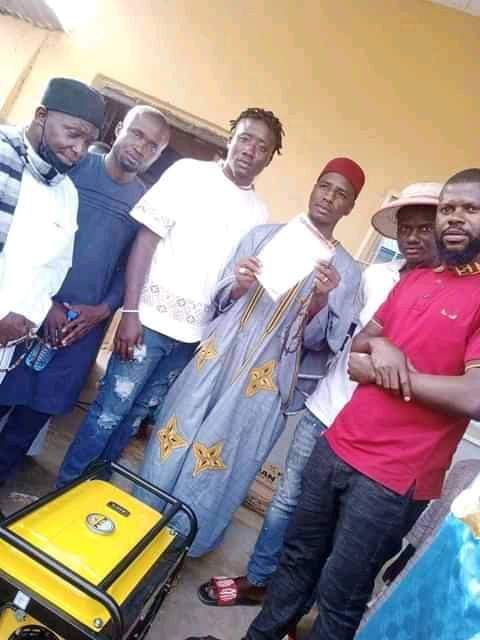 The gesture which happened in Gana Ropp, Barkin Ladi Local Government Area, of the State.
A statement by the director general Plateau State Peace Building Agency, Joseph Lengman stated that the Christian youth observed for the past 3 years how Muslims in their community constantly struggle to call for prayers in the mosque for lack of stable power supply,adding that they also observed the same struggle during this Ramadan season, hence they decided to do something different to help the Muslims.
According to him, The Christian youth taxed themselves by contributing the sum of N165,000 for the gesture.

According Lengman, they purchased a large generator and presented it to the Muslims, to aid in the smooth running of their religious activities.

He said the show of love exhibited by the youth in Barkin Ladi is what Plateau stands for: “PEACE”. We commend the Christian and Muslim youth in this region for choosing to live in peace and harmony with one another.

“We also call on the good people of Plateau State to continue in this spirit of love. If each one can reach one, we will make Plateau a better and safer place for all!,”