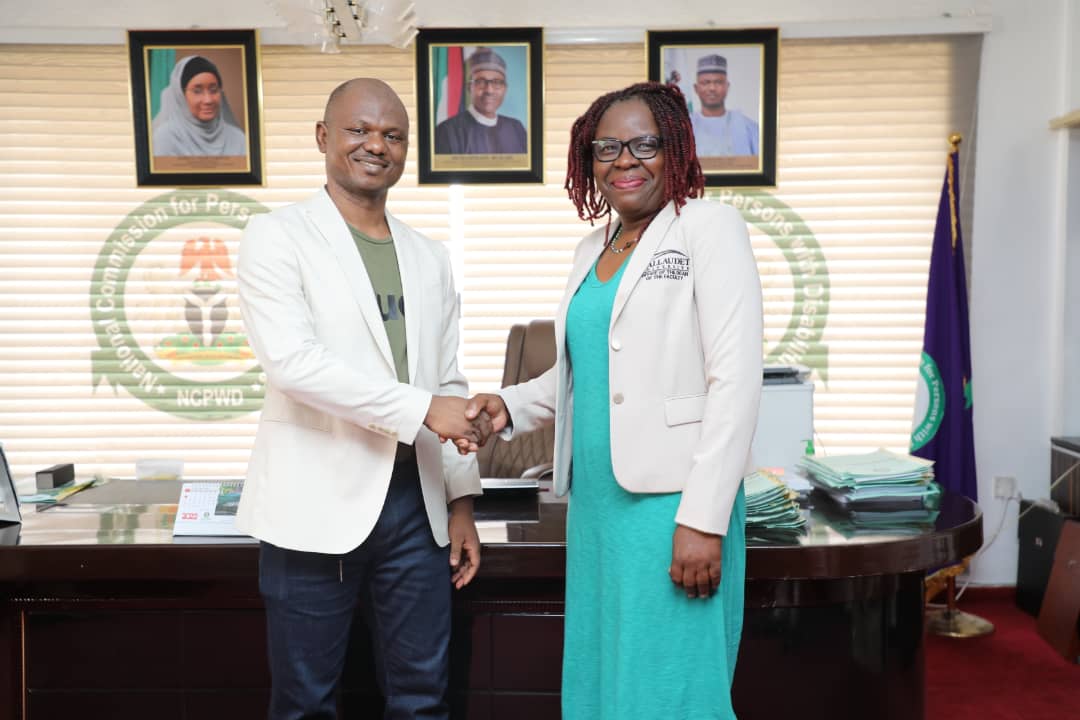 Deaf E3 programme is a laudable venture which will triger and accelerate the level of Education among Deaf persons in Nigeria, the Executive Secretary, National Commission for Persons with Disabilities, Mr. James David Lalu has said.

Head Media and Publicity of the commission Mbanefo JohnMichaels in a statement made available to the National Update quoted the commission’s boss to have spoken recently in Abuja during a courtesy visit by the delegation on the Deaf E3 project.

Lalu in the statement indicated that one of the key mandates of the Commission is the provision of quality education to persons with disabilities in Nigeria.
According to him, the Commission is optimistic about the Project as he promised to give maximum support to enhance the overall success of the programme.

While making reference to the recent developments in education, Lalu mentioned the collaborations the Commission entered into with higher Institutions of leaning such as the University of Ilorin, Usman Dan Fodio University Sokoto, Nnamdi Azikiwe University Awka and most recently, Federal University Lafia.
He said at the mentioned institutions submissions have been made towards improving the Curriculum with Disabilities studies.

“What the universities have had before now was mere Special Education but, we are expanding it to contain other components and the study of sign language communication, he affirmed”.

Speaking further, the ES highlighted the importance of having Institutional regulatory Agencies on board in order to articulate the visions and mandates of the Commission.

He, nevertheless reiterated that one of the resons for his recent visit to JAMB headquarters in Abuja was to make provisions for PWDs who are willing to further their learnings through tertiary Institutions.

He equally announced that the Commission has signed an MoU with the Nigeria University Commission (NUC) to pay school fees of students with disabilities.

The Commission helmsman also seized the platform to introduce to the team the application that can help report any form of discrimination against Persons With disabilities anywhere and at anytime.

In her response, the Executive Director Deaf E3, and the team lead,l Dean Khadijat Rashid from the Galbudet University, expressed excitement over the efforts and achievements of the Commission within a short time. She promised that they will always collaborate with NCPWD to foster robust educational advancement of Deaf Persons in Nigeria.

She said the program has ‘basic approach’ which is segmented into multilingual, multi-modal and pedagogy.

According to her,  Deaf E3 project is set to educate, enlighten and empower the Deaf community for better living.

In the same vein, the Project Director Ms. Amanda Mueller, and the other functionaries in the group pledged their commitment to making the programme a success.