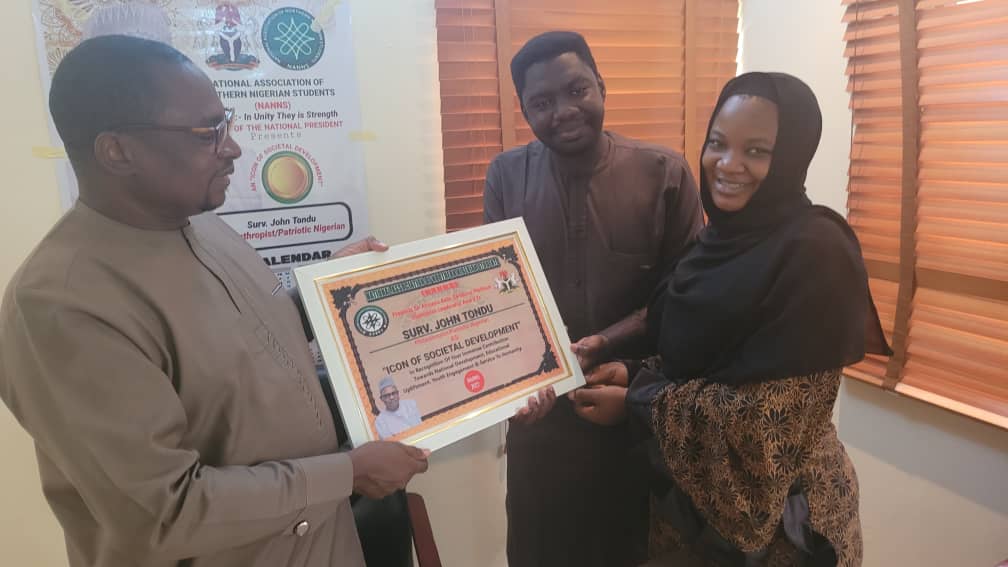 An aspirant on the platform of the Peoples Democratic Party (PDP) in Benue state, Surveyor John Tondus, has accused Nigerian governors of being responsible for insecurity in the nation for deliberately standing against Local Government Autonomy.
Hon Tondus, who is also a former Commissioner for Local Government in Benue state, said the state governors were making huge money from the insecurity in their respective states, hence they don’t want it to end.
Tondus made the allegations, Tuesday in Abuja, after he received an award of recognition from the National Association of Northern Nigerian Students as an Icon of Societal Development.
The PDP chieftain said local government areas across the country are moribund because the governors have done everything to stifle their autonomy, stressing that the National Assembly should do everything possible to sustain the third tier of government because it is a government that is closer to the people and their autonomy should be quaranteed by all means possible

He said the Local Government Councils are not fairing better because governors have decided to force the chairmen to sign an agreement for operation of joint account such that once allocation comes the money goes straight to the account and whatever the governors decide to give them is what they will operate with despite being below the wage bill of the Councils.
According to him: “It is state governors that are responsible for the insecurity in this country today, if the local Government system is functional to an extent the third tier of government would be in a position to recruit local vigilante that know every nook and corner of the LGA and be able to identify where criminals are hiding.
“But they are not empowered to do that. So, even if they are willing they won’t be able to achieve that because the state governors are taking the resources meant for the local government.

He challenge anybody to go into the local government and find out exactly the wage bill. “Take 2 to 3 LGAs as a case study. What exactly is the wage bill of such local government?
“And how much is the monthly allocation for that local government? If you are able to established how much is the monthly wage bill of the local government, then ask the chairmen the surplus of the money. “How do they utilize it for the period that they were in charge? There is no single capital project that you can point to and this money is also not there. How will you explain?
“You will come back and tell me the governors are responsible for the 85-95% of the insecurity that we are facing as a nation today”, he said.

He, however maintained that even if the LGAs are fixed, the insecurity will still not be addressed because it is a deliberate policy of the governors to ensure the local councils are not working for the interest of the people.

“But I will tell you that because I have the privilege of working in government, I will tell you for free that the local government chairmen don’t have access to 2 million naira as security votes in that LGA. “Where a local government chairman will need to spend 2 million on issues of security in the state, he will have to get across to the governor if such an approval will be given for him to be able to access the 2 million naira.

“Now, we are talking about insecurity which is an emergency situation, even the process and procedures the local government chairman will use to reach the governor, of course there are some that can only reach the governor once in a month.
“So, how will you be able to address the issues as chairman after being referred to as the Chief security officer of the local government on paper.
“That is the reality that you are not the chief security officer of the local government. So, lack of autonomy of the LGA contributes 75-80% of insecurity we are facing in our country today”, he stated.

On some of his experience on this salient issue of security challenge that he has faced, he noted that since 2018, no single person lives in his local government council as people have deserted the place due to fear of attacks.