FCT High Court issues 14 days for FCT Minister, 2 others to appear before it, over 7th Gear Auto’s suit 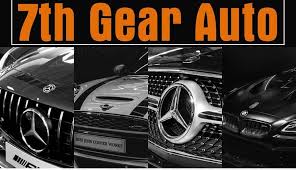 In a writ of summon duly sworn and filed at the FCT High Court by the company through its law firm, Abalaka & Co and which was made available to the National Update on Thursday in Abuja, the Court also demanded appearances of the Director of Development Control of Abuja and Hon. Mohammed Wakil.

The Court at the instance of the claimant put the defendants on notice that should they fail to appear, judgement would be delivered in their absence.

Part of the writ reads: “You are therefore commanded that within fourteen days, after the service of this writ on this including the day of service, you do cause an appearance to be entered for you in action at the suit of the claimant, 7th Gear Auto Limites.

“Take notice that in default, the claimant may proceed and judgement may be entered in your absence.”

Manging director of the 7th Gear Auto Alex Adebiyi had dragged the FCT minister before the court over harassments by development control a department in the FCDA.
He said the former minister State for power, Muhammed Wakil their landlord, had flaunted tenancy agreement rules as he has been using the Development control to intimidated his company to vacate a property they have been using on annual rent bases for N10m.
According him, they requested for 3 months grace but the landlord brought development control to evict them by force as many of their properties at 7th Gear Auto including show room have been destroyed.