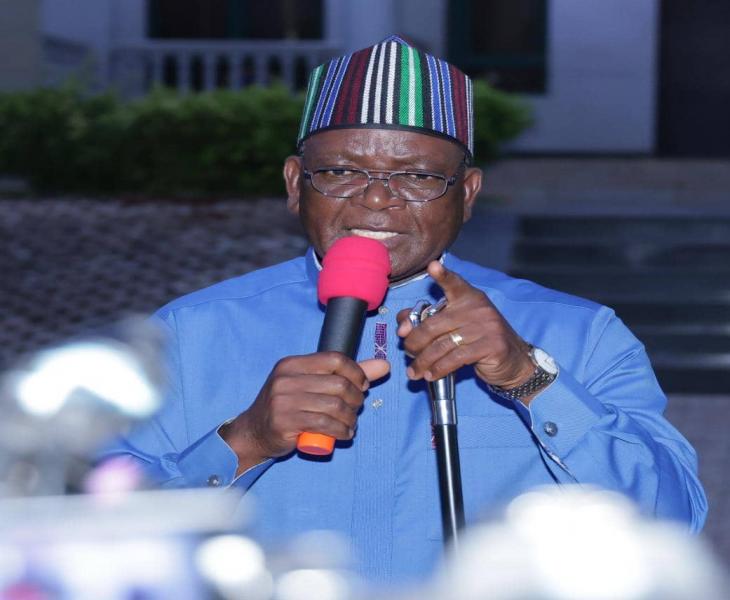 Benue State Governor, Samuel Ortom has accused the APC-led Federal Government of paying no attention to the incessant killings of innocent Nigerians.
Chief Press Secretary, Nathaniel Ikyur in a statement quoted the Governor to have bared his mind in an interview with reporters Tuesday, at the Benue Peoples House following the attack on two communities in the state where more than 24 persons were killed in their sleep by militia Fulani herdsmen said, “enough is enough.”
The statement explained that Suspected Fulani herdsmen invaded and killed 8 persons in Mbadwem in Guma local government and 16 in Tiortyu, a sprawling settlement in Tarka local government along Makurdi-Gboko road.

Governor Ortom who was enraged described the attacks as “unfortunate and the height of impunity.”

He accused the APC Government led by President Muhammadu Buhari of paying deaf ears and lip service to his cries and those of Benue people “as the herdsmen continue to invade our communities and kill innocent people.”

The Governor recalled how he had always alerted Nigerians and the federal government on the murderous activities of the Fulani terrorists for many years, “yet they didn’t believe me. Now, they are gradually taking over every space in the country. We are now sharing our sovereignty with terrorists.”

Governor Ortom alleged that the plan of the herdsmen and their sponsors was to send the people away from their ancestral homes and take over the lands and cause confusion in the country so that the forthcoming elections may not hold.

The governor said he is old enough to understand the agenda of the terrorists Fulani against Nigeria, because as he puts it, “it is a plan to hand over to this Fulani men who are called bandits so there will be no election”.

He appealed to good spirited Fulani men and those who have the ears of the President to impress on him to stop the evil going on in the country.

He warned that if nothing was done, the people would resort to self help which would throw the country into anarchy.