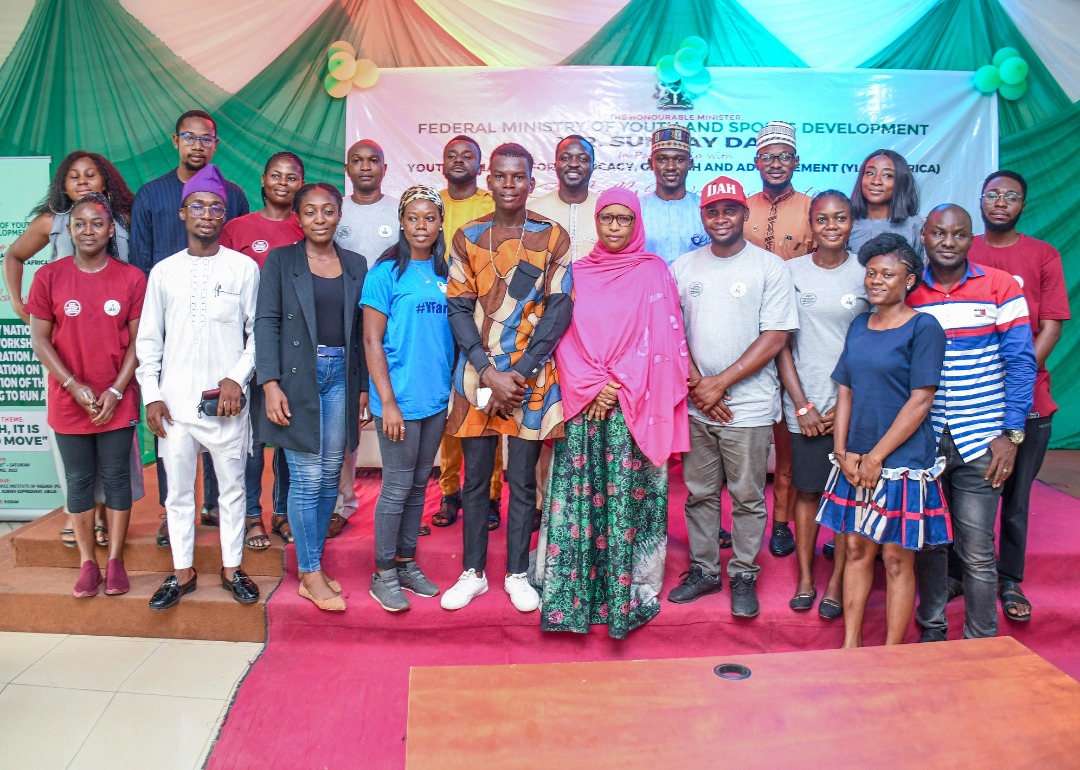 The Minister of Youth and Sports Development, Sunday Dare has called on Nigerian youths to go into active politics especially now that the country is about to witness another General Elections in 2023.
The director press and public relations, Mohammed Manga in a statement quoted the minister to have made the call on Friday during the closing ceremony of the Voter Registration and Youth Mobilization Workshop on the Implementation of the ‘Not Too Young to Run Act’ held at the Public Service Institute of Nigeria, Abuja.

Represented by the Director, Network and Social Mobilization (NSM), in the Ministry, Hajia Amina Dauren, the Minister stated that the 3-day Workshop put together by his Ministry, in collaboration with YIAGA Africa, has no doubt, created the enabling environment for young people; where they are seen not only as persons to be protected, but also as citizens with equal rights, voices and influence.
He added that with the huge population of youth in Nigeria, they constitute a powerful force and agent of change in the country.

According to him, ‘’Nigerian Youth made their mark during the last 2015 General Elections with the highest number of registered voters. This is a huge asset to change the narratives in the upcoming 2023 elections’’.

He therefore called on them to come out enmasse with this voting strength to elect appropriate and right leadership at all levels of government in the country.

Dare stated further that the Ministry will continue to provide the enabling environment for promoting the full involvement and participation of the youth in decision making process at the local, national, regional and global levels.

The Minister reiterated the commitment of the President Muhammadu Buhari-led administration to ensuring that adequate policies that are youth friendly are continually put in place with a view to buildng a strong and resilient society so as to bring about socio-economic development of the nation.

Speaking earlier, the Director, Network and Social Mobilization (NSM), Hajia Amina Dauren, represented by the Asst. Director, (Youth); Mr. Adedoyin Oyekan enjoined participants drawn from the Six geo-political zones of the country to join hands with the government by keying into the various opportunities being created by the present Administration in order to empower the youth and make them self reliant, self employed and employers of labour for enhanced contribution to the economic growth and development of the country.

While thanking the resource persons for their rich contributions, she noted that the role of youth in the development of any nation remain very critical.

Also in his remarks, the Youth Parliament Speaker, Rt. Hon. Azeezat Yishamu described Nigerian Youth as agents of change.
He therefore implored them to come out in their large numbers to effect the positive change the nation desires through full participation in the election process.