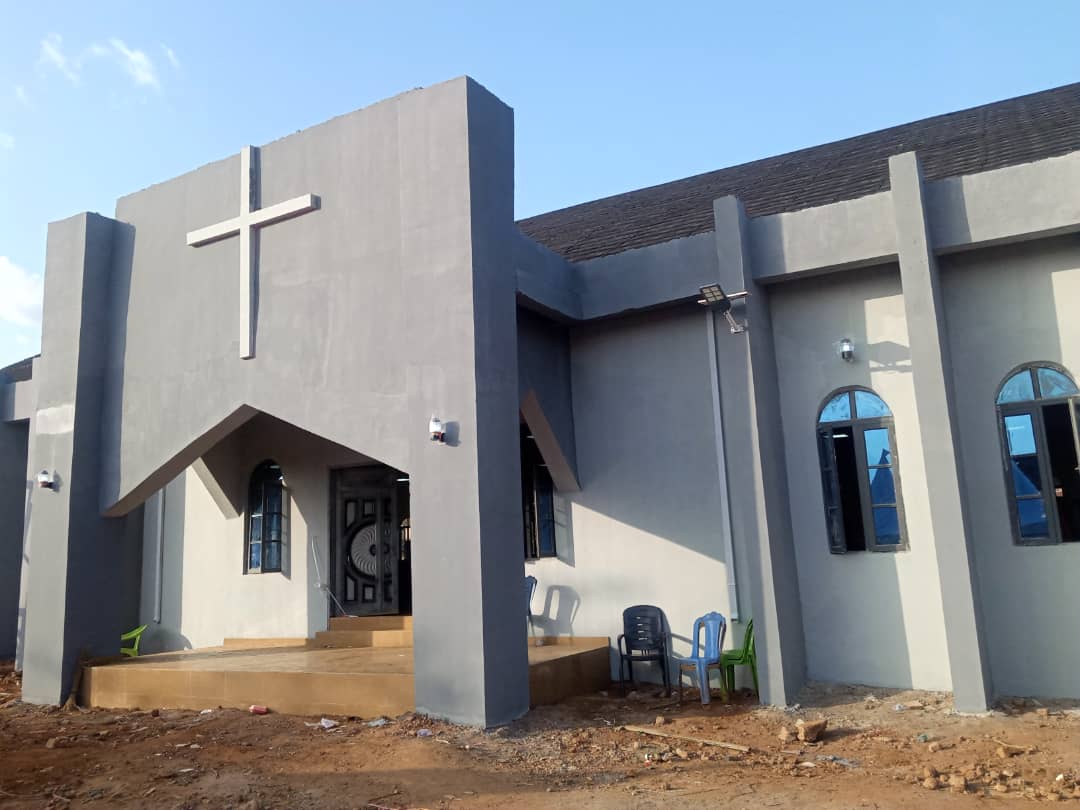 Governor Yahaya Bello of Kogi has inaugurated a newly constructed 600-seater auditorium with a charge on youths to relate across barriers and boundaries of religion, ethnicity, tribe and class for overall advancement of the country.

Represented by his deputy, Chief Edward Onojah, the governor said only through unity of purpose devoid of religion, ethnicity, tribe and class divisions would the desired socio-economic and political advancement of the country be guaranteed.

“We desire to have our young people relate across barriers and boundaries of religion, ethnicity, tribe and class. This is the government’s desire always.

The governor commended the Foundation for sowing into the spiritual life of the community in rising to address their yearning to have a quality worship centre.

“The quantity or volume of what you sow does not really matter but it is the quality and the heart you sow it from that matters”, he said and commended the President of the foundation and his international partners for the gesture.

“We must thank and appreciate our young brother, Enemona Gabriel Onojah for allowing God to inspire him and for yielding his heart to that inspiration to do what has been destined that he should do at this point in time.

“Many people get inspired by God but very few people go on to obey God’s inspiration. You have done this and it is counted to you for righteousness”, he said.

President of Enemona Josh Foundation, Amb. Gabriel David Onoja, in his address called on Nigerians especially, the clergy, to pray for the peace, unity, development of Nigeria especially against the economic security situation of the country.

He said that with the building and commissioning of the 600-seat capacity Inele-Ugoh UEC church, a mosque in Kogi Central alongside his various humanitarian gestures across the state, his heart desire to address socio-economic and religious challenges of the people were being achieved.

“As a young boy who passed through well-defined and sophisticated suffering and First-class hunger growing up, I know what it means to feed the hungry, clothe the naked, visit the prisioners, provide for the widows, orphans and the poorest of the poor among us.

“To be there for the weak and rejected persons in the society is a task I am committed to as long as I live on this Earth.

“The major push factor for crimes and criminalities by our youths is idleness. When a productive mind is indolent, it becomes fertile for destructive activities”, he said

Onoja noted that the Foundation had over a few months back engaged over 1,000 youths directly or indirectly in artisanal mining activities in various Mining sites across Kogi state.

The foundation President said hinted that over 500 would be engaged in vocational training programmes in the next phase of enrollment appealed to Governor Bello for the state government to intervene.

He appealed to the state government to assist in the provision of Mining equipment like tractors, pay loaders, trailers among others to enable engagement of more youths in Mining sites.

Ebukiba however appealed to other well-meaning wealthy and rich Nigerians to emulate Amb. Onoja as a model in humanitarian interventions for poverty alleviations, care for the aged, orphans and widows.

In his exhortation titled: “Because You Have Done This”, Very Reverend Anthony Okoliko, Director of Social Communications, Idah Catholic Diocese said the shortest route to God’s heart was Charity.

He said that every action had commensurate or equal response adding that it would be ecologically erroneous not to sow and expect to harvest saying that whatever we have is for the purpose of impacting others. I am because you are.”

Co-founder of Enemona Josh Humanitarian Foundation, Apostle Yahousha Burrel, from USA said he was sent to Nigeria on prophetic instruction adding, “I stand here today with representatives from Jamaica, USA and UK.

“And the instruction is being fulfilled today through the Foundation spreading the gospel and giving hope to the hopeless”, he said.

The foreign partners include 87-year-old Briton, Merlyn Borotha Johnson from United Kingdom; Apostle Yahousha Burrel, USA and Tanya Burrel, Jamaica, who commended the determination of Onoja to advance the frontiers of the Kingdom of God in Nigeria through philanthrophy.