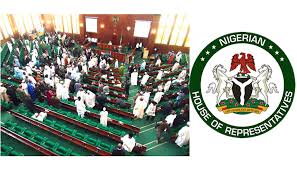 The House of Representatives has asked the Nigeria Police Force to construct a Divisional Police Headquarters at Ayete town in Ibarapa North Local Government Area of Oyo state.

The lawmakers also mandated House Committee on Police Affairs to include construction of a Divisional Police Headquarters in the 2023 budget estimates.

The resolutions of the lawmakers followed the adoption of a motion sponsored by Hon. Muraina Ajibola at the plenary, Wednesday.

Moving the motion, Ajibola said that the House is aware that in the last ten years, Ibarapa North Local Government Area, of Oyo State including Ayete town had experienced several violent attacks allegedly perpetrated by bandits and other criminals, resulting in the loss of lives and properties worth billions of Naira.

He said that the House is also a aware that Ibarapa North Local Government Area has witnessed skirmishes between men of the Nigeria Customs Service and suspected smugglers due to its proximity to the Republic of Benin.

He expressed concerns that after peace is restored, the police and other security agents deployed to the area return to their place of primary deployment, thus leaving the affected communities vulnerable to fresh attacks.

He opined that in order to put a permanent stop to the incessant attacks and other security concerns in the area Nigerian Police Force needs to construct a Divisional Police headquarters at Ayete to create a conducive working environment for its personnel.

When the motion was put into voice vote by the Deputy Speaker, Rep. Idris Ahmed Wase who presided over the plenary, it was unanimously supported.

Also at the plenary, the lawmakers while adopting a motion sponsored by Hon. Bede Eke urged the Federal Ministry of Works and Housing to ensure funding for the reconstruction of the Owerri-
Port Harcourt road is captured in the 2023 budget estimates.