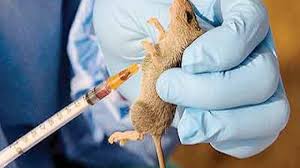 Communities in Ibaji Local Government Area of Kogi State are now living in palpable fear as a result of outbreak of Lassa Fever that has claimed 20 lives leaving many in Irrua Specialist Teaching Hospital, Idumabo Irrua, Edo State.

Our Correspondent gathered that Aya and neighbouring communities of the local government in early March, 2022 started witnessing mysterious deaths of rice farmers and other members but could not ascertain cause of death.

A source in the community said that the disease started with two persons in early March, rose to three and then, four, adding that the they were alarmed and had to cry out when several others began to manifest similar symptoms as those who died.

Former Chairman, Ibaji Local Government Council and one time member, Kogi State House of Assembly, Hon. David Inah Ogwu,
who is also an indigene of the area said the epidemic was real adding that many had died before the intervention of government.

Ogwu said the epidemic started with about four persons who fell ill and died mysteriously with more and more persons manifesting similar symptoms and getting worse in the last three weeks and had to be taken to Irrua.

On the choice of Irrua, Ogwu said the fastest access to quality diagnosis and treatment was Irrua Specialist Teaching Hospital on Kilometre 87, Benin-Auchi road as Ibaji local government lack medical facilities as a result of its peculiar terrain.

He said it was easier for the people in those communities to “just cross the river, get to Uromi and from there to Irrua for their treatment.

“Out of the set of 22 persons that went there nine were confirmed to have the Lassa Fever. Two were treated and discharged and seven are still there receiving treatment. However those who died with full symptoms and confirmed are also nine.

“So far we can say that the casualty figure is about 20. Cumulatively or speculatively 20 have died. We are saying speculatively because some others died with the symptoms but nobody can say specifically since they were not tested.

“However, we are lucky and happy that the rainy season is here because cases of lassa fever are rampant during dry season and very common within the rice producing areas as rats come to feed on the rice and chaff they leave on the ground.

“In the process, the rats urinate on harvested rice, cassava and other food materials in the farms. So, the transmission of Lassa Fever in those areas is easy.

“The good news is that the state government has waded in but the incidence is more serious than what they are reporting and the communities themselves are already sensitising their members.

“A lot of sensitisation activities are already going on to maintain good hygiene, burn the bushes around to prevent rats from accessing their food and adequate protection of food stuff”, he said..

Okikiri, while reacting to the reported outbreak of lassa fever in the council area of the State said the affected persons were already receiving treatment at Irrua
Specialist teaching Hospital in Edo State.

He noted that the state epidemiological unit in collaboration with the State ministry of health had taken a proactive step to prevent escalation of the disease in the Local Government.

“As at today, case of lassa fever record for Ibaji LGA that are currently on care at Irrua specialist teaching hospital are just three. However, it is an outbreak because it is a notifiable disease”, he said. (Ends)