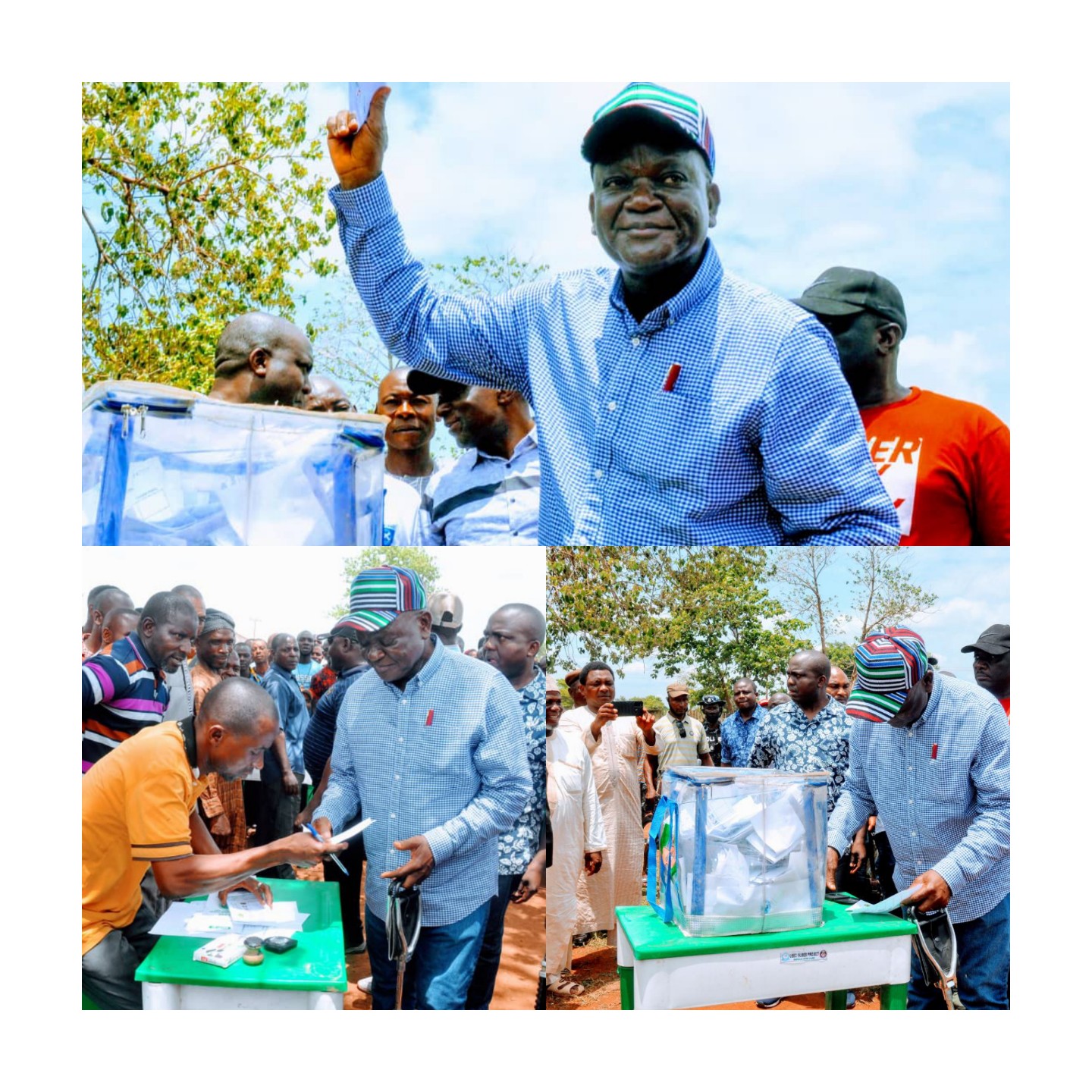 Benue State Governor, Samuel Ortom has applauded citizens of the State for coming out in their numbers to ensure that the conduct of 2022 Local Government elections in Benue State is peaceful, fair and credible.

The press secretary to the Governor Nathaniel Ikyur in a statement quoted h to have spoken at LGEA Primary School, Gbajimba, Guma Local Government area shortly after casting his vote.

According to Ikyur Ortom expressed happiness with the large turn out of the people to cast their votes across the state, stressing that having worked very hard, the People’s Democratic Party (PDP) would come out victorious.

The Governor advised the incoming chairmen and councillors to repay the confidence the people have in voting them by working with the state Government to bring development and peace to the grassroots.

The Governor had, before casting his vote,  visited the two Internally Displaced Persons Camps in Gbajimba where he provided them with food items, meat and cash.

The food items include ten thousand tubers of yam, 100 bags of rice and four pigs.

Governor Ortom while addressing the IDPs enjoined them to remain peaceful and exercise patience as Government was working hard to end the Fulani invasion which has kept them away from their ancestral homes and to enable them go back to their respective villages.