Ortom urges Benue people to defend themselves against Fulani killings 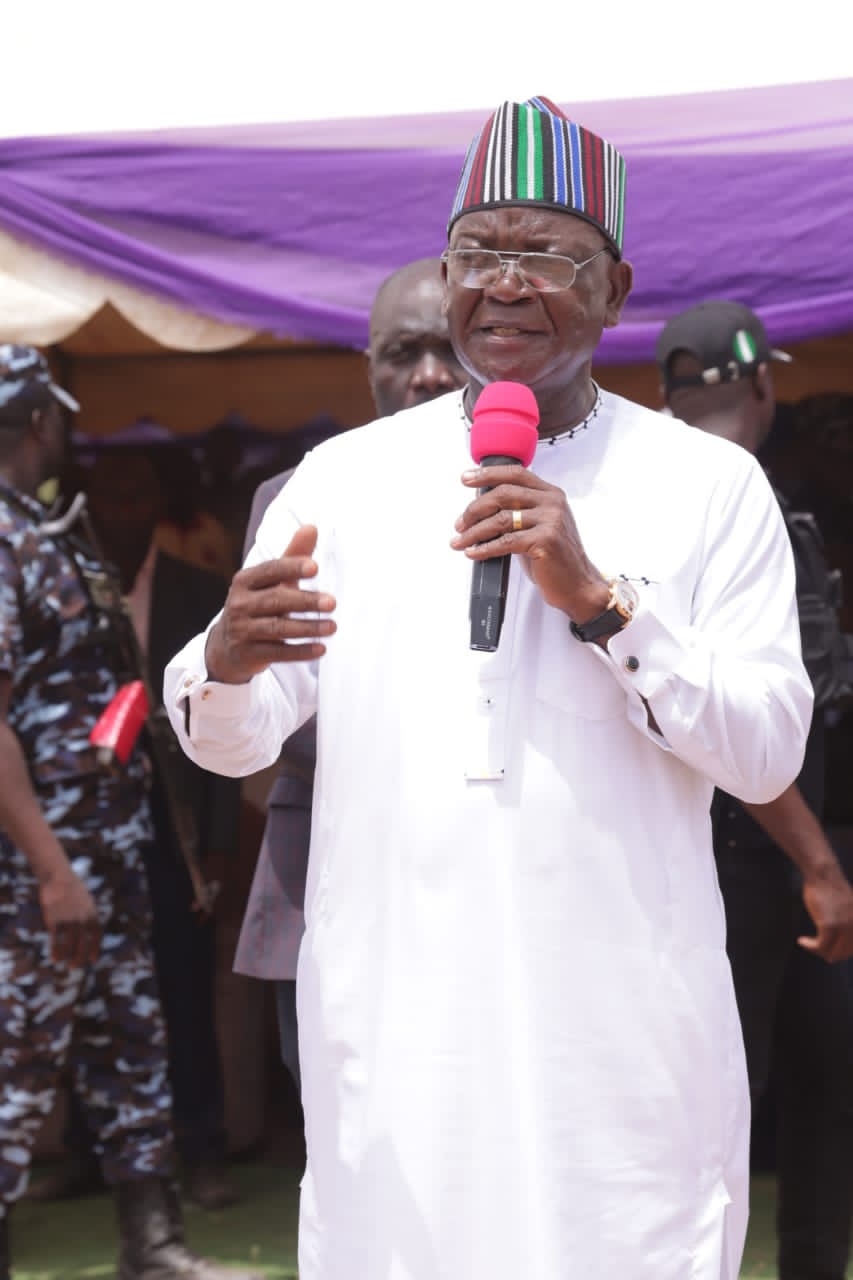 Apparently piqued by the renewed attacks on Benue communities, the state Governor, Samuel Ortom has reiterated his call on the people to rise up and defend themselves against forces bent on taking over their land.
Chief Press Secretary to the governor Nathaniel Ikyur in statement quoted him to have given the charge in Zaki Biam, Ukum Local Government Area of the state Thursday, at the burial of the Second Republic Speaker of the House of Representatives, Rt. Hon. Benjamin Akaai Chaha.

The Governor who lamented how Fulani herdsmen in the past few days carried out  coordinated attacks in some local governments said his call on the people to defend themselves was backed by the Bible and constitution.

He said “Self defence is recognised by the Constitution and its legal.”

Governor Ortom maintained that the Government on its part was doing everything necessary to secure the people and the land, saying it was the reason why the Community Volunteer Guards was formed to complement conventional security agencies who have been completely overwhelmed.

The Governor thanked the chairmen of Katsina Ala, Ukum and Logo Local Government Areas for working closely with the traditional rulers and the people to ensure that relative peace returns to the area, stressing that his Government would give them backing.

Governor Ortom who described the deceased as a father, not just to his biological children but to many who received his teachings also.
He attributed his successful political career to the counsel of the former Speaker of the House of Representatives.

National chairman of the Peoples Democratic Party, PDP, Dr. Iyorchia Ayu in his funeral oration said the entire country would miss the wisdom of the late Chaha, stressing that the late parliamentarian was a shining light in politics because he opened doors for the younger ones.

Senator representing Benue North East, Dr. Gabriel Suswam described the late Chaha as a decent and straightforward man who instilled discipline in his children, many of whom were doing very well in their chosen careers.

Others who spoke including Tor Jechira, Chief Clement Uganden who represented  the Tor Tiv, the state  Chief Judge, Justice Aondover Kakaan and the Speaker of Benue State House  of Assembly, Engineer Titus Uba said the late Chaha would fondly be remembered for his passion for the development of humanity.

The first son of the deceased, Justice Stephen Chaha in his vote of thanks expressed appreciation to Governor Samuel Ortom and several others who contributed to the burial and prayed God to bless them.