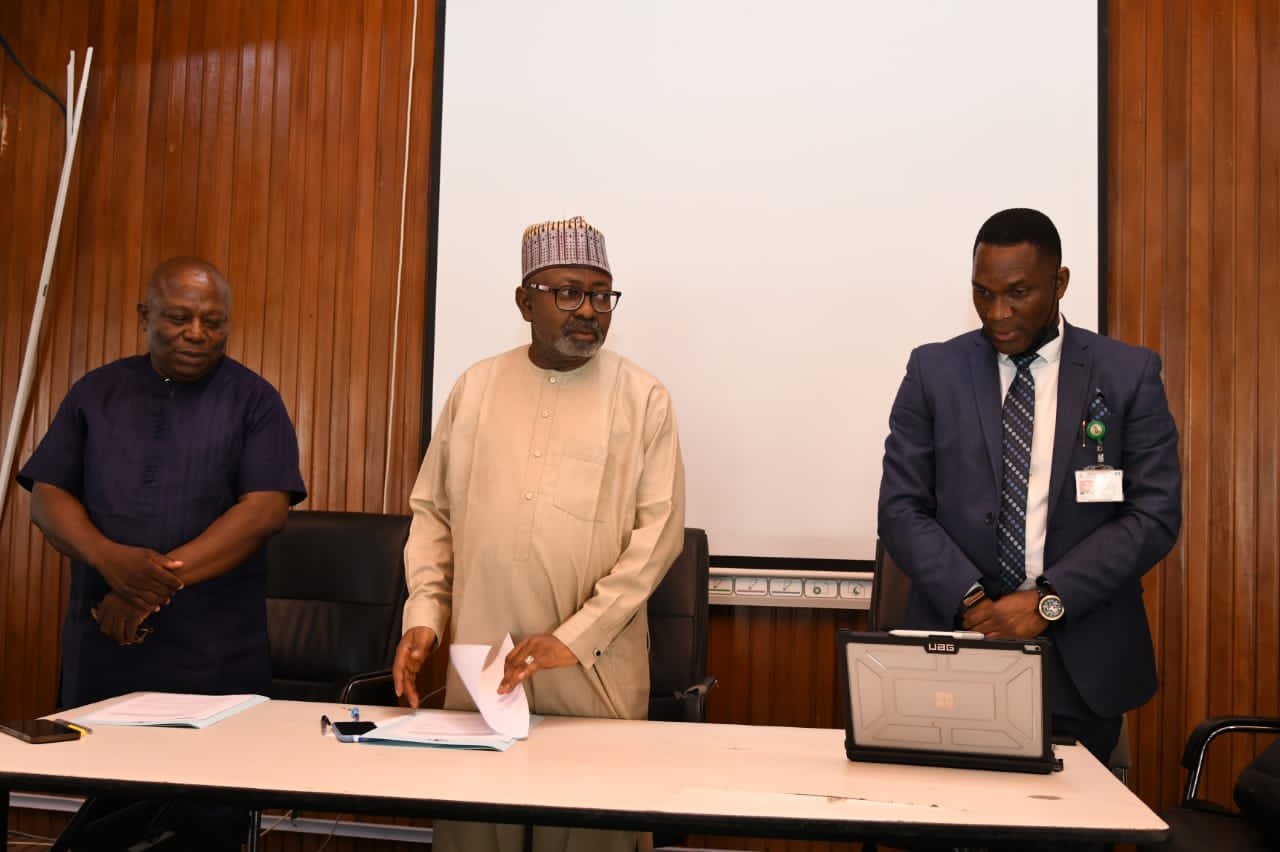 The Permanent Secretary, Federal Ministry of Youth and Sports Development, Alhaji Ismaila Abubakar has charged the staff of the Ministry to ensure full implementation of the procurement process in line with the Act.
Director Press and Public Relations, Mohammed Manga in a statement quoted Abubakar to have given the charge on wednesday in his office in Abuja, when he declared open a One-day Procurement Workshop organised by the Procurement Department of his Ministry.

He stated that civil servants have the responsibility of ensuring the full implementation and execution of government policies, programmes and projects according to extant rules and regulations.

According to him, “The primary objective of setting up Public Procurement Act by the Federal Government was to among other things, drive the conduct of government business in a transparent and accountable manner and to further reduce cost as well as deliver works, goods and services for the betterment of the citizenry.

Alhaji Ismaila who commended the Department for organising the Workshop, called on other relevant Departments in the Ministry to come up with positive initiatives that will help in building capacity of staff for efficient service delivery to Nigerians.

According to him, the Honourable Minister of Youth and Sports Development, Mr. Sunday Dare is desirous of lifting the Ministry to a befitting status, in line with the policy thrust of the President Muhammadu Buhari-led Administration

To achieve this, the Permanent Secretary said, “Staff must ensure they work as a team for the effective realisation of these objectives”.

Earlier in his opening remarks, the Director, Procurement Department, Mr Segun Oke stated that since his assumptioin of office 18 months ago, he noticed the inadequacy of Procurement staff as well as low capacity of non-procurement staff in the understanding of laws and regulations governing procurement process as provided in the Public Procurement Act (2007) and Financial Regulations.

With the support of the top management of the Ministry, as well as other relevant Departments, Mr. Oke said, his Department was able to educate and change the orientation of some of these non-procurement staff through dialogue and personal interaction.

However the Director added, “the above scenario is not sustainable. Therefore, I believe there is need to build the system rather than personal interaction. It is on this note I sought the support and approval of the authorities to organize this one day workshop for some of the non-staff who have critical roles to play in the procurement process”.

Mr. Oke indicated that the primary objective of Public Procurement is to deliver works, goods and services necessary to accomplish government missions in a timely, economically and efficient manner explained that, “to achieve these goals, all the Ministry’s staff that are involved in the procurement process need to be trained to be able to effectively carry out their responsibilities according to the extant rules”.