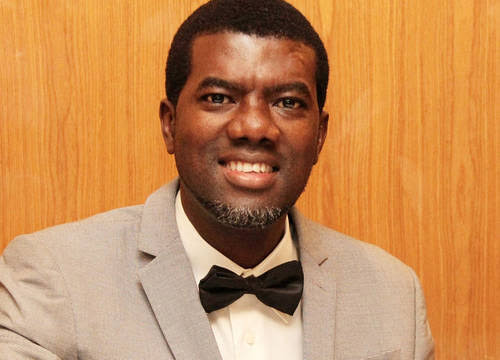 Former Aide to ex-president Goodluck Jonathan, Reno Omokri has urged Igbos not to de-market one of their best Presidential materials, Peter Obi for APC that will not zone the presidency to the region.

Reno had reacted angrily to Ngige’s diatribes against Peter Obi saying Obi remains the best governor Nigeria has ever produced.
He expressed disappointment with the minister of Labour Dr Chris Ngige who recently attack the frontline presidential aspirant,

The Minister of Labour and Employment during Channels Television’s ‘Politics Today’ had accused Peter Obi of constructing roads that have been washed off by rain.

According to Ngige, all the roads constructed in Anambra by Peter Obi and Willie Obiano were of inferior quality except the ones he (Ngige) constructed as governor from 2003 to 2006.