Senator Danbaba decamps from PDP to ruling APC in Sokoto 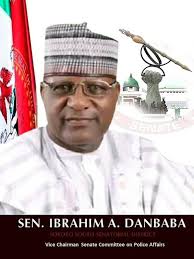 The Senator representing Sokoto South senatorial district Danbaba Ibrahim has jumped the boat from the Peoples Democratic Party (PDP) to the All Progressives Congress (APC).

In a letter of notification read on the floor of the Senate during plenary on Wednesday gave the indication of his defection.
Danbaba cited continued and multi- faceted crisis that bedeviled the PDP in Sokoto State.
He said he has found in the APC, political ideology that is in consonance with his personal believes.