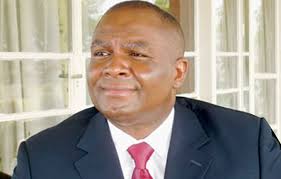 Former governor of Enugu State, Senator Chimaroke Nnamani has indicated that it is not late for the Federal Government to something drastic by declaring a state of emergency on security

The senator who is representing Enugu East in the upper legislative chamber also canvassed for justice, equity and fairness to be the guiding principle in administration of the country.
This was contained in his goodwill message to Nigerians to mark this year’s Easter celebration.
Senator Nnamani noted that it has become scandalous that the nation has been entangled in security challenges that have defied every conventional measure to tackle.

The Senator said “There is no use pretending or shying away from the fact that Nigerians are no longer safe in their homes, work places, schools, worship centres, roads and everywhere.

“We must therefore take the necessary steps to declare emergency on the security situation . All hands must be on deck to tackle the situation headlong but government must lead the way “.

Senator Nnamani urged authorities at all levels to always be guided by a sense of justice, fairness and equity in the scheme of things adding that the society would be a safer and better place if citizens have a sense of belonging.

He called for inclusiveness in governance pointing out that “in some cases, the agitations or restiveness arises when people feel denied or excluded from the mainstream of politics and governance.

He however cautioned any aggrieved persons or groups not to resort to self help in seeking redress to their misgivings but to follow due processes of the courts, Public Complaint Commission and the National Assembly.

As the 2023 elections beckons, Senator Nnamani also urged the political class to play by the rules and “ensure that there is equity and justice in elections or appointments into political offices “.

He prayed that the peace, sacrifice and forgiveness which the season of Easter symbolizes be sustained through out the country .