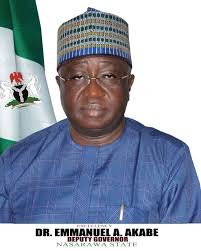 He stated this during the closing ceremony of the 2022 Batch A Stream II orientation course held on Thursday at the Magaji Dan-Yamusa NYSC Permanent Orientation Camp in Keffi local government area of the state.

Corps members were empowered with skills and entrepreneurial training for self employment under the NYSC SAED programme during the scheme’s 3 weeks orientation course for corps members recently deployed for national service across the country.

He said he was aware of the diverse leadership development activities that corps members undergo in the course of the orientation course, including numerous skills through the NYSC SAED programme hence the call on them to magnanimously share the knowledge with residents of their host communities where they will be posted to.

He explained that doing so will help alleviate poverty, create employment and engender development in the communities.

“Though these are meant to add value to your tertiary education and prepare you for self employment and job creation, I enjoin you to ensure that you transfer the knowledge you gain through this programme to the local, indigent population in your various communities of service.

“This is certainly in line with the NYSC’s Community Development Service programme as it will alleviate poverty, create employment and engender development.

“Just few days ago, I accompanied His Excellency, the Executive Governor of Nasarawa state, Engr. Abdullahi Sule along with many dignitaries to commissioned the NYSC’s North a central SAED Centre, Bakery, Garment and Water Factories.
“I urge you to take advantage of these facilities for demonstration purposes as you transfer skills to our people,” he said.

Akabe said he was aware that the corps members had in the past three weeks gone through diverse, rigorous training at the end of which they are adequately prepared and ready to go into various parts of the state for their various primary assignments in service to the country.

“Be assured that you will be warmly received in any community in Nasarawa state you are posted to as our people are hospitable.
“Go with open hearts and give your best as you join hands to develop the state and improve the quality of lives of our people,” he added.

“I want to assure you that your security like that of all other people in Nasarawa state is top priority to our administration. Do not fear, the security apparatus of the state is up and doing.

“We shall do our best to ensure you are safe. Finally, I wish you all a hitch free service year, one that will tangibly affect the dear people of Nasarawa state,” he said.

In his address, Mr Abdullahi Jikamshi, Coordinator of the scheme disclosed that a total of 1937 corps members comprising 1585 corps members deployed to serve in the state for stream II and 352 Federal Capital Territory (FCT) corps members who also had their orientation exercise here alongside their Nasarawa counterparts took part in the training..

Jikamshi explained that during the three weeks exercise, the corps members were subjected to various physical and mental training programmes preparatory to the task of nation building which according to him, is expected to be the main thrust of national service.

He added that the corps members were also introduced to hands-on training in various skills under the NYSC SAED.

“The objective of this is to equip them for self employment after the service year, as well as further diversify the economic base of the nation’s economy.

“It is our expectation that having teased their interests in this regard, many of them will take advantage of the structures put in place by the scheme to continue with their training after the orientation exercise; fine-tuning and mastering the skills of their interests,” he said.

Jikamshi who said the corps members had demonstrated uncommon discipline, aptitude and perseverance throughout the orientation course urged them to be of good conduct, demonstrate discipline and exemplary behaviour in their communities of services.