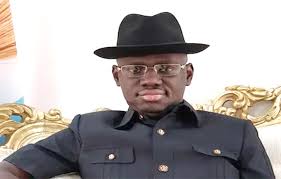 Erstwhile Deputy National Publicity Secretary of the All Progressives Congress (APC), Comrade Timi Frank, on Thursday, condemned the N100million fee for the party’s presidential nomination form, describing it as a “clear depiction of deepened arrogance in both corruption and governance.”

This is even as he called on President Muhammadu Buhari to quickly prioritise the nation’s tertiary education sector which is now lying comatose by paying the Academic Staff Union of Universities (ASUU) the N200billion they have demanded so that normalcy can return to ivory towers.

Frank, in a statement in Abuja, decried what he referred to as the “insensitivity of the APC”, even as he accused the party of reaping from the cesspool of corruption it had enthroned in the country and thus entrenching insensitivity like never witnessed in the country.

“It is unfortunate that in a country where hunger, strife, unemployment, insecurity, disunity, economic hardship, decaying educational system and dwindling standard of living has become normal act of state policy, the APC has slammed a N100million price tag on Nigerians wishing to vie for the presidency on its platform.

“The moral question that many Nigerians are asking is: How much is the salary of those aiming to buy the APC’s presidential nomination forms?

“What the APC has done is that it is taking advantage of the very rot they have entrenched in the system and reaping from the corruption that has turned its aspirants to overnight multi-millionaires.

“Afterall, if in 2015, its then Presidential candidate – President Muhammadu Buhari – lamented the N20million cost of nomination form, saying he didn’t have the money, what changed suddenly for the APC and its aspirants that today the same President and leadership have no qualms selling nomination forms for N100million?

“If it is argued that it is strictly a party affair, didn’t the same President direct leadership change in the APC recently?” Frank queried.

Frank, a rights activist, said it was unfortunate that while hardship pervades the country and universities are shut due to strike by ASUU, due to poor management and insensitivity on the part of the APC-led government, the party is only interested in deliberately raking billions from aspirations of Nigerians even when they know that they are brazenly encouraging theft and stealing of taxpayers’ money.

“As for governors, ministers and the Vice President who are contesting, none can boast of a salary package worth more than N1.5million per month except for those with questionable sources of wealth.

“All over the country, on daily basis, victims of kidnapping are put on the edge of their lives as their loved ones bleed to pay ransom to terrorists. As this vexatious situation goes on, the APC’s administration looks the other way and pretends to be oblivious of such crimes.

“Needless to state that it also amounts to same criminality for the APC to place such ridiculous price tag on Nigerians wishing to exercise their rights to vie for leadership positions,” Frank added.

Comrade Frank said the continued stay of students at home as a result of the ASUU strike is breeding disaster for the country by paving way for students to resort to desperate nefarious acts.

“Given the wanton looting of resources that has taken place in this country since the APC took over in 2015, one individual alone in this corrupt government can afford to pay the N200billion that ASUU is demanding without bating an eye,” Frank said.

He called on the APC-led government to quickly mobiise funds and settle its rift with ASUU instead of only being concerned with party capitalism and political entrepreneurship it is now foisting on Nigeria’s democratic system.