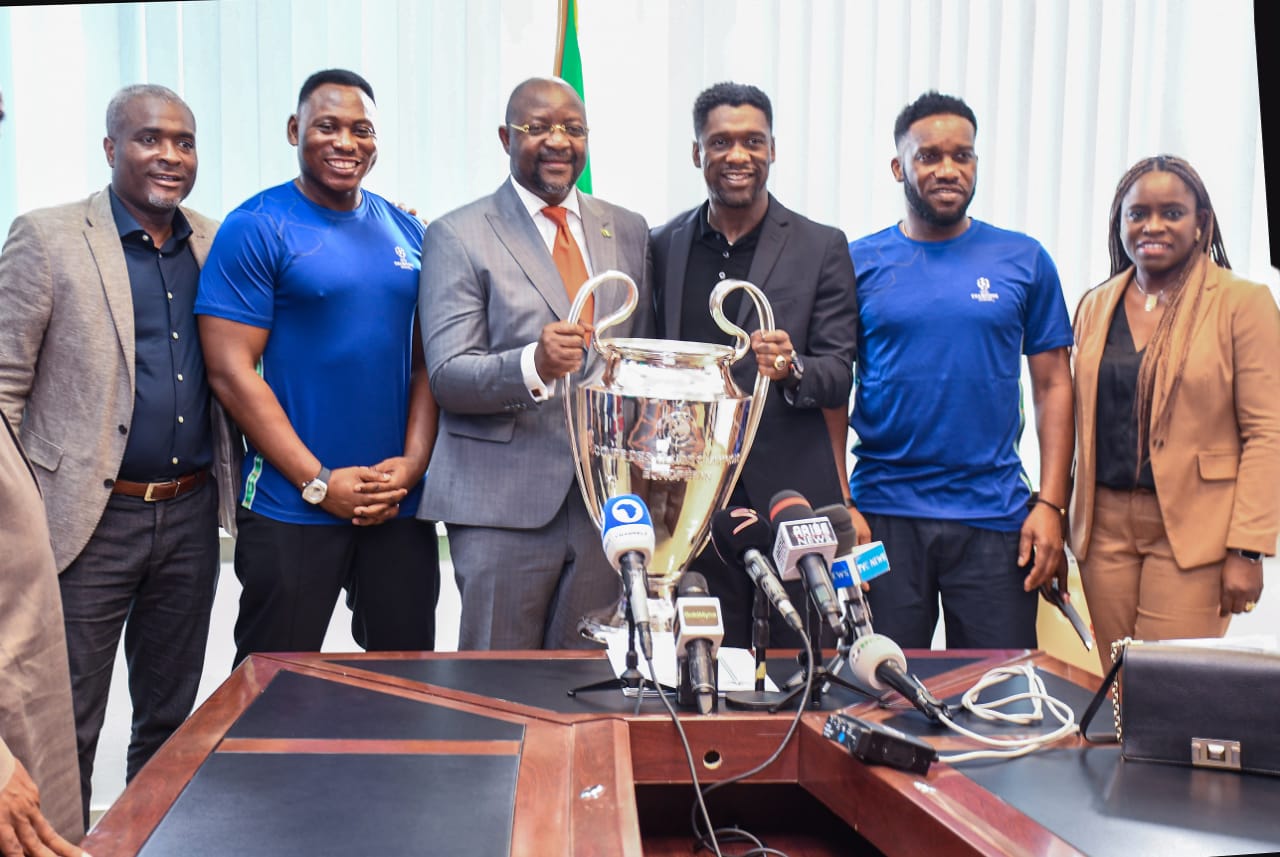 Nigeria has today joined the global football nations that have received the UEFA champions League trophy.
Director Press and Public Relations Mohammed Manga in a statement indicated that the Minister of Youth and Sports Development, Mr Sunday Dare received the Trophy presented to him by Heineken, in his office at the Moshood Abiola National Stadium Abuja.
He quoted the minister to have expressed excitement over the choice of Nigeria for the tour of the Trophy, describing it as the second most important Trophy in football after the FIFA World Cup trophy.

Dare indicated that Nigeria is a football loving nation, that has had a strong attachment to the Champions league over the years.

The Minister who called on Nigerian youth to get themselves involved in sporting activities, assured that the President Muhammadu Buhari-led administration is ever committed to the development of sports in the country, adding that Austin Jay Jay Okocha, Finidi George, Kanu Nwankwo and Daniel Amokachi represent the golden generation of Nigeria in football till today.

He expressed optimism that Samuel Chukwueze who is the only Nigerian youth left playing in the Champions League today, will hopefully be the next Nigerian after Finidi George, Nwankwo Kanu and John Mikel Obi to put his hands on the trophy.

Speaking earlier, the leader of the delegation and the Corporate Affairs Manager of Nigerian Breweries, Shade Morgan, while officially presenting the trophy to the Honourable Minister, said that the presentation of the trophy was among other things, aimed at boosting the morale of Nigerian Youth towards sporting activities to make themselves self employed and self reliant so as to contribute to the growth and development of Nigeria economy.
Signed