Vote out legislators against LG autonomy – Board urges grassroots electorate 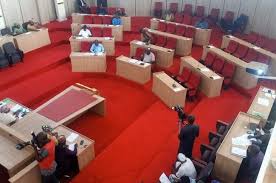 Editorial Board of Kogi-based ‘Policy and Lawmakers’ Magazine’ has called on electorate to vote out legislators who do not support constitutional amendment to grant administrative and financial autonomy to Local Government councils.

Mr Friday Ogungbemi, Publisher of the Magazine, who disclosed this in statement on Sunday in Lokoja urged electorate, especially in rural areas, to be properly guided in their support and votes for politicians as 2023 general elections approach.

Ogungbemi said it was important that the Local Government System is strengthened to prosecute and accomplish its mandate as the third tier of government.

The Board, according to him, reached the decision to sensitise the electorate after a careful study of the constitutional amendment process which involves the approval and adoption by the various states Houses of Assembly.

He said that it was imperative for the electorate at various council areas to be abreast of the phenomenon of autonomy and what it meant for them as a harbinger of wholesome development and economic advancement.

“We are using this medium to call on the various state Houses of Assembly to heed the call of their people to support the on-going constitutional amendment to grant both administrative and financial autonomy to the third tier of government in the country to enable them perform optimally,.

“This call has become necessary following the fraudulent stance of the 36 state governors who have consistently diverted funds meant for Local Government Councils in their various states to develop their areas.

“To the dismay of many Nigerians, an average Local Government in the country has been reduced to a mere shadow of its former self.

“This has been achieved through gradual but steady deprivation and elimination of its powers; imposition rather than election of leaders as prescribed by the constitution; starvation of funds; bold and unmasked drive to make it completely dependent on the whims and caprices of the state governors.

“Opinions, Studies and even common sense have revealed that Nigeria’s Social, Economic and Political challenges are direct consequences of dearth of administrative and financial autonomy at council levels.

“The hydra-headed problems of banditry, terrorism, killings, unemployment, hunger, kidnappings, insurgency and drug abuse being perpetrated by youths are direct consequences of the neglect of the local government system by successive governments.

“We consider all the Governors opposing full autonomy for our 774 councils for their selfish reasons as enemies of the people, enemies of our nation and posterity will judge them tommorow”, he said.

Ogungbemi charged all relevant government agencies and institutions to work round the clock to make the Local Government System successful and bring governance to the doorsteps of ordinary Nigerians wherever they may be.

He said this would certainly, accrue in benefits to ordinary Nigerians directly from the government, in consonance with the letter and spirit of the 1999 Constitution.