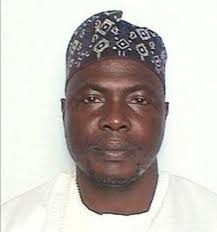 They have expressed doubt over the chairman’s ability to preside over a free, fair and credible primary elections of the party.
The fear of the Aspirants who are now calling for his immediate resignation, followed h

His open support for the state Governor’s senatorial ambition was captured in a trending video on social media.
The Chairman had in the trending video, openly declared that though as a party Chairman, he is not supposed to take sides with any Aspirant ahead of the party primaries, he has no choice than to throw his weight behind the senatorial ambition of the Governor who is vying for Niger North Senatorial District ticket
The Chairman was said to have made the declaration when he played host to a former commissioner for Land and Housing in the state, and house of representative Aspirant for Agwara/Borgu federal constituency, Barrister Mouktar Ibrahim Nasale in his office in Minna.
According to the Chairman in the trending video which is in possession of our correspondent, “I am not supposed to do this as the Chairman of the party but am saying this to the hearing of anybody who cares to listen that I am fully in support of the Governor’s aspiration.
“In fact, I am not only in support, I am in the fore front of the struggle, and I want the whole world to know about this”, he declared.
However in another forum, the Chairman was quoted to have said that he will give all Aspirants a level playing ground as he will be neutral during the forthcoming party primaries.
The Chairman’s contradictory comments were coming when a member of the House of Representatives, representing Chanchaga constituency and Governorship Aspirant in the state, Alhaji Umar Bago paid him a familiarization visit in his office in Minna.
In a statement by the publicity secretary of the party, Musa D Sarkinkaji shortly after the Chairman received the governorship Aspirant in his office, he quoted him to have said that he will not take sides with any Aspirant ahead of the party primaries, saying that, “every aspirants would be given level playing field as the party’s constitution prescribed”.
This double speak by the Chairman has drawn a lot of reactions from Aspirants vying for different positions ahead of the party primary elections, wondering if the Chairman could be trusted in conducting a free and fair primary elections.
Some of the Aspirants who spoke to our correspondent but who did not want their names in print, described as unfortunate, the open declaration of support for the governor ahead of the party primaries.
“This is the most unfortunate comment that could come out of a party Chairman’s utterance.
“The chairman of a party is expected to be neutral to all Aspirants in the party. This kind of comment could spell doom for the party at the general election if the people discover any foul play”.
Another Aspirant who is vying for the state house of assembly seat, in his reaction said that the chairman, by his biased comment, has demonstrated that he can never be neutral and therefore can not be trusted, but warned that any attempt to manipulate the forthcoming primaries in favor of a particular Aspirant will not go down well for the party in the general elections.
“The party may have its way in the primary, but certainly at the general elections, the people will have their way. The Chairman should learn from past mistakes of other parties who tried to impose candidates on the people”, he submitted